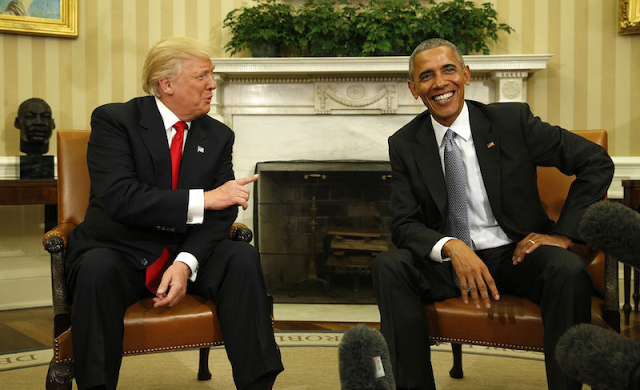 US outgoing President Barack Obama said in an exit interview with his former top adviser, David Axelrod, that, had he been able to run, he could have beat Donald Trump and won a third term in the White House. Describing his confidence in an America that is “tolerant” and “full of energy,” Obama said:

“I am confident in this vision because I’m confident that … if I had run again and articulated it, I think I could’ve mobilized a majority of the American people to rally behind it.”

The outgoing president made the comments as part of an extensive interview with David Axelrod, for his podcast produced by CNN and the University of Chicago.
“I know that in conversations that I’ve had with people around the country, even some people who disagreed with me, they would say the vision, the direction that you point towards is the right one,”

“If we can’t find some way to break through what is a complicated history in the South and start winning races there and winning back Southern white voters without betraying our commitment to civil rights and diversity — if we can do those things, then we can win elections,”.

Obama also warned about an “era where we are looking for simple solutions … that we end up starting to shut ourselves off from different points of view, shutting down debate, becoming more dogmatic, becoming more brittle. And I don’t see that being a successful strategy for us winning over the country.” He reminded listeners that his party won the popular vote on Election Day, but said:

“We don’t have very good population distribution from a democratic perspective.”