Is it time for Ronda Rousey to retire from UFC? The 29 year old former champion was knocked out just 48 seconds into her first fight in 13 months, to bantamweight champion Amanda Nunes at a fight that took place last night in Las Vegas. Ronda got the living daylight beaten out of her by Amanda, who relentlessly attacked, landing multiple shots without much defensive moves from Ronda.

Ronda looked scared and the whole fight ended just 48 seconds into the first round of the fight. But even though she lost the fight, Ronda made $3million while Amanda got $200k 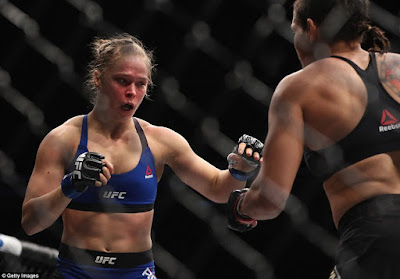 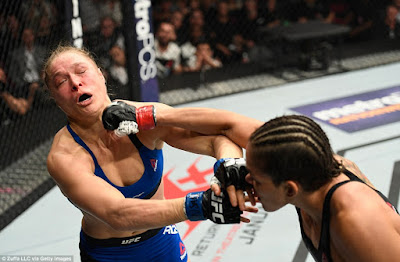 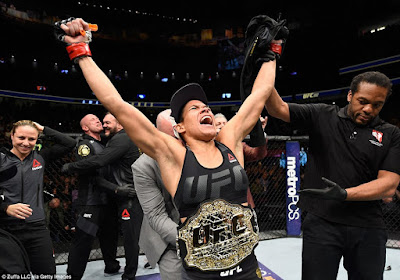 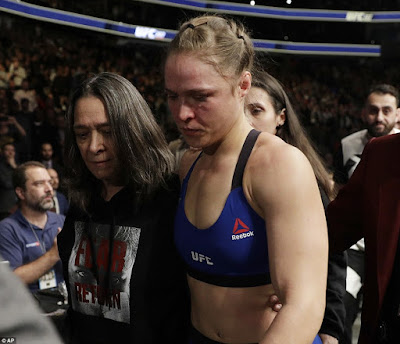 Ronda won twelve consecutive MMA fights, six in the UFC. She won eleven of those fights in the first round, nine of them by armbar submission, before finally suffering her first loss to Holly Holm in 2015. And now to Amanda.

As at March 2016, Rousey was ranked the #2 female bantamweight fighter in the world according to the Ultimate Fighting Championship, and #3 by Sherdog.[

In May 2015, two magazines ranked Rousey as the most “dominant” active athlete.

In September 2015, voters in an online ESPN poll selected Rousey as the Best Female Athlete Ever. Rousey’s first feature film role was the 2014 film The Expendables 3. In 2015, she had roles in the films Furious 7 and Entourage.

People are now saying she should retire from fighting and face acting! See the fight below… 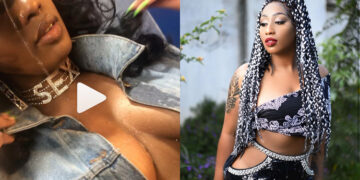 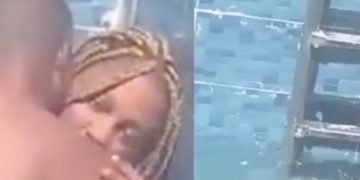 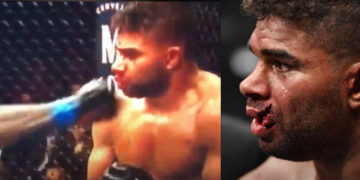 If you are having a bad day, watch this KO and praise God (Video)