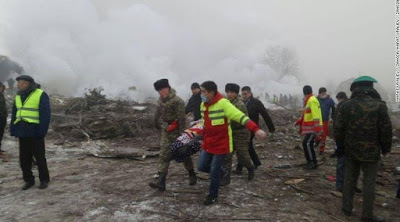 Turkish cargo plane: According to a statement from Kyrgyzstan’s Ministry of Emergency Situations, ‘At least 37 people were killed when a Turkish cargo plane crashed into a village in Kyrgyzstan. The number of victims is increasing quickly’.
The plane crashed at 7:18 a.m. local time about two kilometers (1.2 miles) away from the airport, according to Kyrgyzstan’s state-run Kabar Agency. Poor visibility was likely a factor, Kubatbek Boronov, the minister of Emergency Situations, told Kabar. 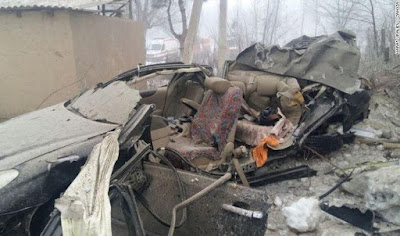 The Boeing 747 was headed from Hong Kong to Kyrgyzstan’s capital of Bishek, according to data from the tracking website FlightRadar24.

The cargo plane was operated by ACT airlines, an Istanbul-based freight airline, but was flown for Turkish Airlines the country’s national carrier under their flight number. 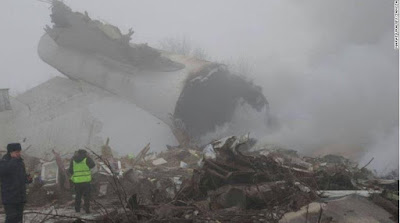 ACT Airlines, which according to its website operates a fleet entirely made up of jumbo 747s, also operates as myCargo Airlines.
The plane that crashed was manufactured in 2003 and it first flew for Singapore Airlines Cargo, according to flight tracking from Flightradar24 and a detailed description of the aircraft on the company’s website.
Share
RELATED STORIES

Full list of 23 lawmakers that will not attend Donald Trump’s Inauguration – See the reasons.