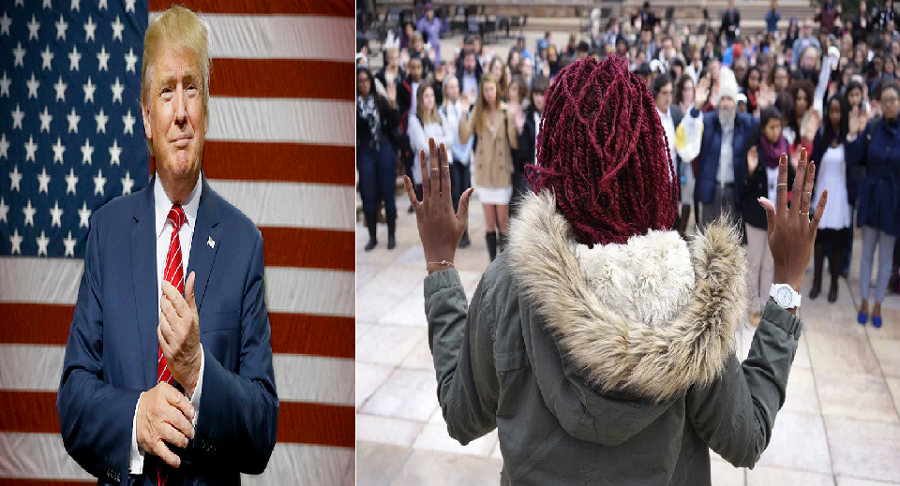 Ways Trump’s presidency will affect Nigerians : At the start of the United States election when it was clear that Hillary Clinton and Donald Trump had secured their parties’ nomination. It was clear from the beginning that many Nigerians both at home and Diaspora had favoured a Clinton win. Nigerians have always leaned toward Democratic Party.

What American singer, Enisa, got after she asked Nigerians…

They rooted for Clinton both on the streets and on social media. This was also the case in 2008 when Nigerians supported Barrack Obama for as the first African American President.

It was thus a disappointment for many when Donald Trump was announced as the 45th president of the United States of America on Tuesday November 9, 2016. Now that Trump has won, what are the implications for Nigerians especially those in the US? Clinton to them represents continuity while Trump is dramatic change.

1. They believe US will turn to a racial country

Trump has called for racial profiling, especially Muslims. He threatened to bar their entry into USA. This is given the rhetoric by Trump during his campaign that he will deport immigrants from the US. A majority of Nigerians are also Muslims, a group Trump wants to bar from the United States.

Again in his speech as the president elect he said “I am the president of all Americans. Regardless of who voted and who did not.”

#BBNaija: Meet the 12 housemates in the Big Brother Naija House – #3 is SUPER HOT! (With Photos)