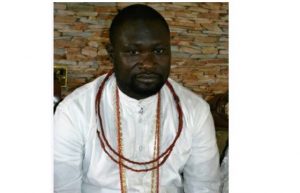 Ayiri Emami is a Warri billionaire who was spotted at a wedding with his son spraying money from a gold-plated money spray gun at his brother’s wedding. We bring you 7 interesting facts about, Ayiri Emami.

1   Emami was once reportedly known to be a singer in his days emerging as the live performer with the best live musical instruments.

2 Emami resides in the United States.

4 He is a major contractor to the Chevron-Sasol EGTL project in Delta state, Nigeria.

5 Emami is the CEO of A & E Petrol and A & E group of companies that has various holdings in oil, construction, logistics, 911 Hotels & Resorts, and 911 Entertainment.

7 In 2011, he married Asba Emami, reportedly spending about N150 million on the wedding.

Wanted: Japanese billionaire looking for a “girlfriend” to fly with to the moon – Here’s how to apply!