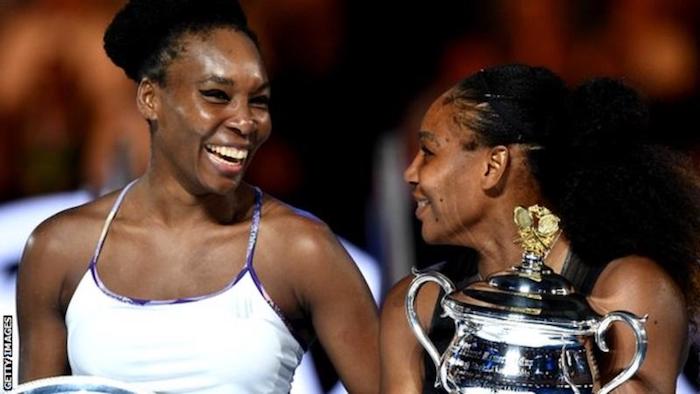 Australian Open 2017: Serena Williams beat sister Venus in straight sets to win her seventh Australian Open and an Open-era record 23rd Grand Slam singles title. Serena, 35, won 6-4 6-4 to pass Steffi Graf in the all-time list of major winners since the Grand Slams accepted professional players in 1968. The American regains the number one ranking from German Angelique Kerber. Australia’s Margaret Court, with 24, is the only player still ahead of Serena in terms of Grand Slam singles titles.

“Congratulations Serena on number 23,” said Venus, who at 36 is the oldest Australian Open finalist in the Open era.

“I have been right there with you, some of them I lost right there against you. It’s been an awesome win.

“I’m enormously proud of you, you mean the world to me. I, God willing, would love to come back. Thank you for all the love.”

Favourite Serena too strong for Venus

Serena went into the match as a strong favourite, but the tension was apparent as early as the third game when she smashed a racquet in frustration, receiving a code violation.

She had broken serve in the first and third games only to hand the advantage straight back each time, three double faults inexplicably littering a desperate game for 2-2.

It was clear the six-time champion was struggling to settle, with 13 unforced errors in the opening five games, while elder sister Venus kept her under pressure with some deep hitting.

The decisive move of the set came with a superb drop volley followed by a thumping forehand winner from Serena to break for 4-3, and this time she managed to consolidate on serve.

In contrast to the opening stages, the following nine games went with serve – Venus recovering superbly from 0-40 early in the second set – but it was Serena who was creating the chances.

She finally capitalised on her sixth break point of the set with a brilliant return to lead 4-3 and followed it up with her best service game of the match for 5-3.

The crowd on Rod Laver Arena had been backing Venus from the beginning as she tried to win a first major title for eight years, and all the more so as defeat loomed and she appeared to struggle physically.

There was a huge cheer when she held serve to force her sister to serve out the match, but Serena recovered from 15-30 to earn match point and fell back on the court in celebration as her sister sent the ball floating wide.