Day 4 in #BBNaija: Housemates get emotional while campaigning for likes 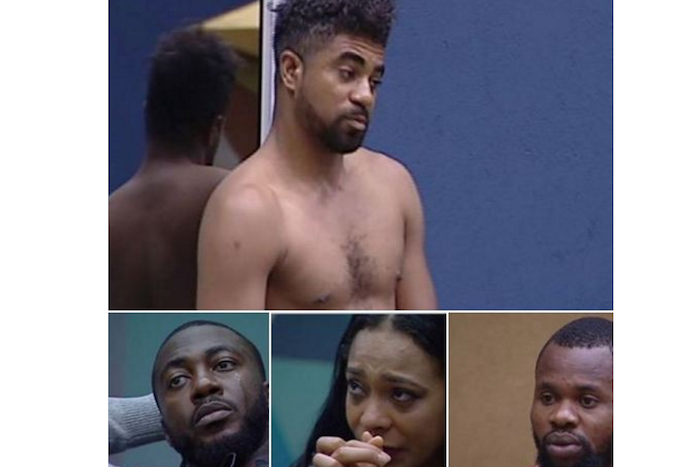 Big Brother Naija housemates needed to do whatever it takes to campaign for survivor. Housemates were interrupted while composing their rendition and Biggie had to remind them that it was time to campaign for likes. Biggie called the HOH Uriel into the Diary room and took her through the nomination process which she later briefed her fellow housemates about.
READ ALSO

Although we all knew it from Big Brother Naija 2017 Launch day that there would be no evictions this Sunday but rather an introduction of two extra housemates, our housemates are not aware of this twist.
Then the campaigns started with Efe starting out the session with a simple heartfelt message. He said : “I get plenty debts. Money no dey, I trek from Obalende to Sandfill!”.
Kemen came next saying “If I go out now, no be only my dream way de on the line!” adding that he was not only doing it for himself but also his state.
Gifty broke down as she narrated the struggles her mum is going through and how badly she needed to win to make it up to her.
Then came a moment of squawking and shading tears when ThinTallTony (TTT) stepped out to campaign. He shocked his fellow housemates when he striped completely naked in-front of them and said “if I leave now, this is all that I will be left with!”. Everyone cried including the big boys, Bally, Kemen plus all the ladies after seeing what has since not been revealed.
Courtesy: BigBrotherAfricaTalk

#BBNaija Nomination 1: See the housemates nominated for eviction on Sunday – Who will you save? (With Photo)