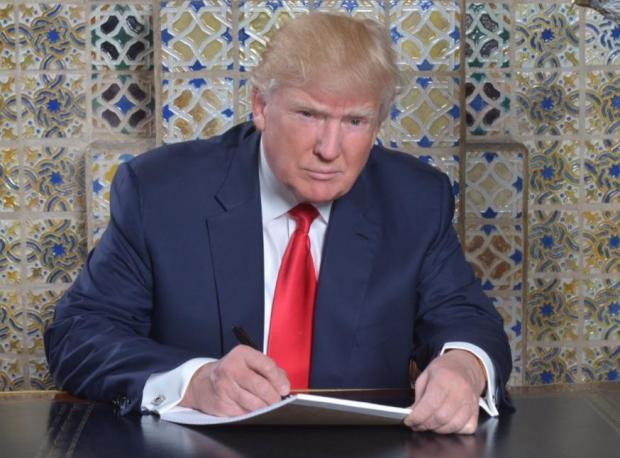 Since Donald Trump’s unlikely victory, the world has been catapulted into a limbo period of speculating about what a Trump presidency will look like. While you get people who argue the billionaire property developer will tone down his inflammatory campaign rhetoric once in office and should be allowed a “grace period”, there are others to subscribe to a wholly different school of thought and instead think he must be judged on his rhetoric.

If you are proponent of the second viewpoint and take the President-elect literally, his cornerstone policies look set to be implemented on his very first day in office.

Mr Trump has made a great deal of pledges for his first day. If implemented, the political fabric of America could begin to radically change in just a day as Barack Obama’s legacy is rolled back and the Trump team’s agenda is brought in.

Here is a selection of some of the promises he said he will start enacting on his first day in the corridors of the White House.

Repeal all of Obama’s executive orders

The soon-to-be Vice-President Mike Pence said Mr Trump planned to repeal “every single Obama executive order” on his first day. To be clear, executive orders are unilateral actions that do not need congressional approval.

In a similar vein, his former transition chair, Chris Christie, told lobbyists in private meetings in Washington in September that the transition team were focused on reviewing administration policies to try and find everything which could be rolled back.

It would technically be possible for Mr Trump to issue a blanket order which repeals every executive order Mr Obama signed on his first day as President.

His spokesman Sean Spicer said on Wednesday that he might impose four or five executive orders on day one.