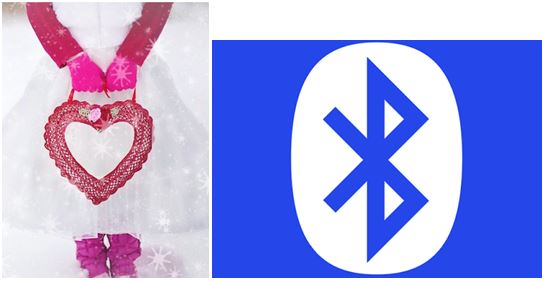 Famous symbols and what they mean: Symbols are meant to stand for something. We see them every day, and without even thinking about them, we know what they mean… for the most part. They make our lives easier and we don’t give them enough credit for it. We don’t even know the origins for most of them, or what they really represent. For some of them, we may even have it completely wrong. We’ll now be taking a look of 10 of these symbols and their intended meaning, their origins, and maybe even some misconceptions we might have about them.

The heart shaped symbol is known throughout the world and it usually stands for love and romance. But why do we instinctively see it as a heart, since the symbol itself doesn’t even come close to its real counterpart? There are several theories of where it may have originated and how it got to where it is today. Firstly, there are some speculations whether the heart symbol may actually stand for some of our private parts, both male and female. If we are to invert the heart and look at it upside down, you can more clearly see where we’re trying to go with this. While this theory might hold some water, there are some older depictions of the symbol that stood for something else. For instance, some believe that the symbol is a representation of ivy leaves, since they both look kind of similar, and the ivy is associated with fidelity.

An even more plausible explanation comes in the form of the now-extinct plant of Silphium. This plant once grew in abundance over a small stretch of the North African coastline. It was acclaimed by both the Greeks and Romans for its medicinal properties, particularly for being a great form of birth control. The Greek colony of Cyrene, located in the area that’s now present-day Libya, became rich because of it and even stamped the plant and its seedpod on its coins. The seedpod depicted on the coins is identical to the heart symbol today. But because of the small distribution of Silphium and the great demand for it, the plant went extinct by the 1st century BC.

The third and final theory comes from the Middle Ages. Based on Aristotle’s writings where he describes the heart as having three chambers and a dent, the 14th century Italian physician Guido da Vigevano made a series of anatomical drawings where he portrayed the heart in this manner. This design grew more popular during the Renaissance with the heart symbol making appearances in religious art. From there it found it’s way in today’s world as a denotation of love and affection.

You won’t believe where this Twitter user said he spotted Pres. Buhari in London (See Photos)