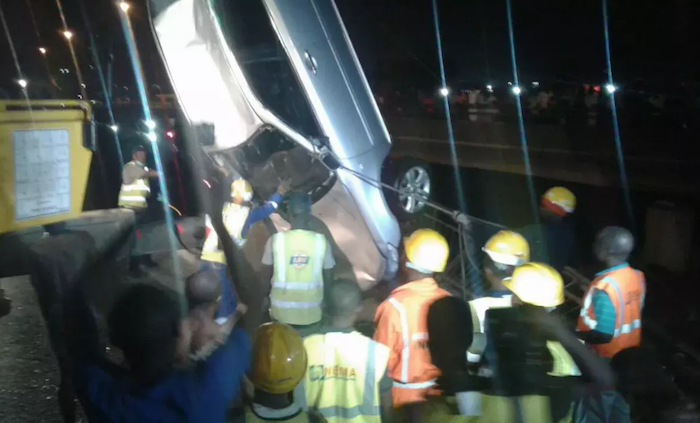 Lagos lagoon: One woman has been confirmed dead after she was trapped in a silver-coloured Kia Rio car which plunged into the lagoon in Lagos. According to Premium Times, the tragic incident happened on Saturday, February 18 at 7.47 pm when the vehicle veered off Mekwen Bridge, Bonny camp, Marina into the lagoon. There were two occupants in the car although only one of them survived.

Felix Aniele who drove the car was able to swim to safety but his partner, Chinagorom Adibe got trapped in the car and drowned.

Adesina Tiamiyu who is the general manager of LASEMA said investigation will be carried out and urged motorists to be careful when driving.