Fans come for Tonto Dikeh for saying her husband gave her STDs; She replies 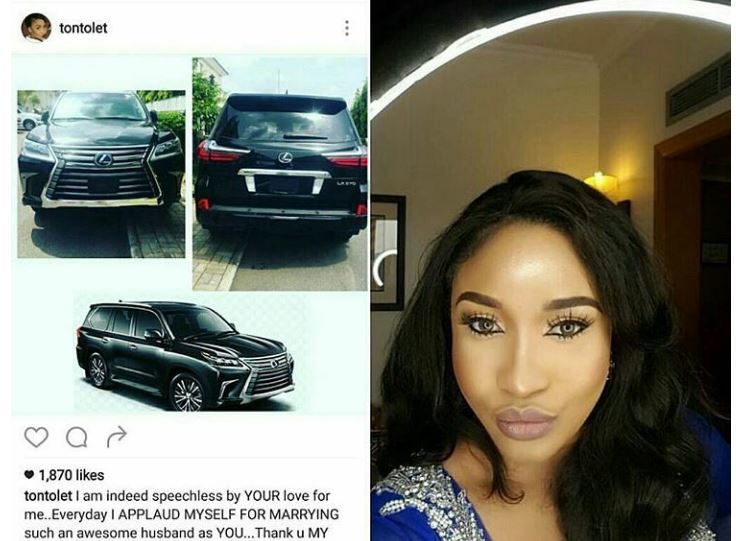 Fans come for Tonto Dikeh: After revealing to a fan that she had to battle STDs given to her by her estranged husband, fans have come for her for speaking ill of the father of her child, who she months ago, was showering with prayers and encomium after he purchased expensive gifts for her.

Some minutes later, clapping back with all fury, she replied some of those fans, as she claimed that she used her platform as a popular star to lie about the gifts to make her ex-husband, Churchill, the man he is today.

But some fans are not ready to have their legs pulled cause if she says the gifts are not real, considering how excited she was when she received all the expensive gifts and flaunted them on social media, how are they not sure she’s lying right now to tarnish his image because of the bitter separation war they are fighting?

It’s funny how automatically the marriage crisis is no longer for Tonto Dikeh but also her followers. She is to blame for bringing up her marriage issues on social media. I mean, how can strangers dabble into your marriage like it’s some sort of reality TV show.

Keep up with the drama below y’all, it gets interesting.