Help! Iyabo Ojo is sleeping with our pastor & using juju on him, church member cries out 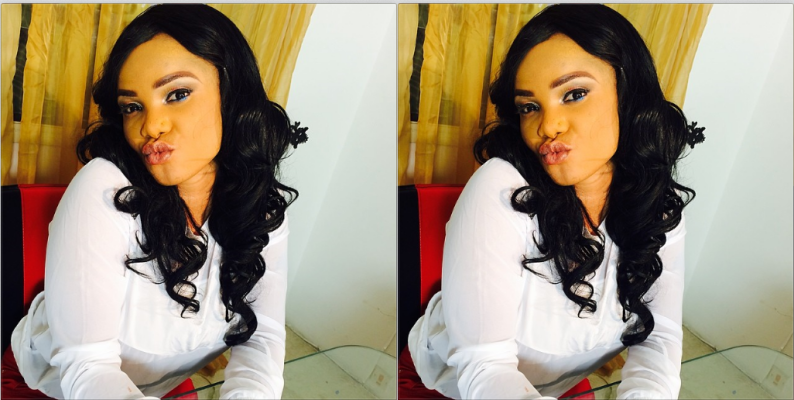 Actress Iyabo Ojo has come under the radar for allegedly sleeping with a pastor and using juju on him. Kemi Olunloyo reports that she received a letter from a Salvation Ministries church member accusing one Nollywood actress of using juju to make her pastor sleep with her and spend lavishly on her. The unnamed church member wrote a lengthy accusation letter which reads thus:

Good morning Madam KOO. My name is Ebiye Patience and I’m a dedicated member of Salvation Ministries, Port Harcourt. Our Pastor, David Ibiyiomie is shamelessy frolicking with yoruba prostitute Iyabo Ojo. All these prostitutes in the name of actresses.

We learnt that he has been spending the church’s money on this girl and some other nollywood actresses to the point that Iyabo and Vivian Metchie had a nasty fight on him after catching her in bed with a boy she picked from the club.

She has used juju on our pastor. The range rover 2008 model she uses now used to be in our pastor garage before he dashed her. The Toyota corolla she claimed she bought her PA last year is one of the cars that her former minister ex boyfriend dumped her after church gave its members for christmas.

This story was almost out last year but she paid off the press with cash and her body. She is a grade one harlot who picks little boys on the street to sleep with. Our pastor is gradually destroying Gods name as he is now a sugar daddy to iyabo ojo.

Even though she paid press, I know madam KOO is one who can’t be bought by money and will do investigation and let the world know the truth. @IyaboOjofespris and @DayoAmusa visits all herbalists everywhere. Our pastor is even building a house for this girl as I speak.

They should stop destroying Nollywood. Pls fish out this prostitutes. Pastor has a hidden house in PH that’s where he houses Iyabo anytime he wants to see her. She is also dating a series of men. Hustling between them all so that she can form big lifestyle with money gotten from them all. There is no herbalist that doesn’t know her.

She pretends to be nice but inside, she is a snake. She has a shop off Allen but she sells nothing. You can send someone there to investigate. You’d meet no one. Its a cover up for her prostitution business. She should definitely be exposed. Every prostitute must be fished out. God bless you ma.

As at the time of report, Iyabo Ojo is yet to speak on the allegations.

Full Video: #BBNaija Bisola and Bally argue and almost fight themselves because of “LOVE”