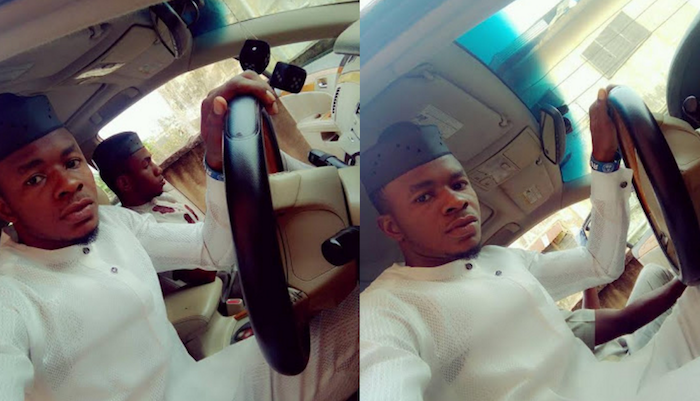 MC Worthy Comedian, an entertainer resident in Imo State died in the early hours of this morning, only days after he bought a new car. The Comedian was reportedly healthy and showed no signs of an illness until he started complaining of a severe headache early this morning. He reportedly slumped soon after shouting that his head ached terribly and was pronounced dead on arrival at the Federal Medical Centre Owerri.

The comedian recently acquired a brand new Toyota Avalon car which he showed off on Facebook earlier this month. A few friends on Facebook speculated that he died of brain hemorrhage, but this is yet to be confirmed.

MC Worthy was just beginning to rise in his career and was becoming a household name in the entertainment scene in Imo state when the cold hand of death struck.

Tributes have been pouring in on Facebook with friends wishing it would turn out to be a prank. A friend, Kriss Ray, wrote;

“RIP Man! The young, talented and promising die too quick these days. You were indeed a worthy talent but well, safe journey brother. #sad Flowrymz Ibekwe.”
So sad!

See what Buhari and Trump spoke about last night

Face of Valentine’s Day: Here’s how the patron of love looked like (Photos)