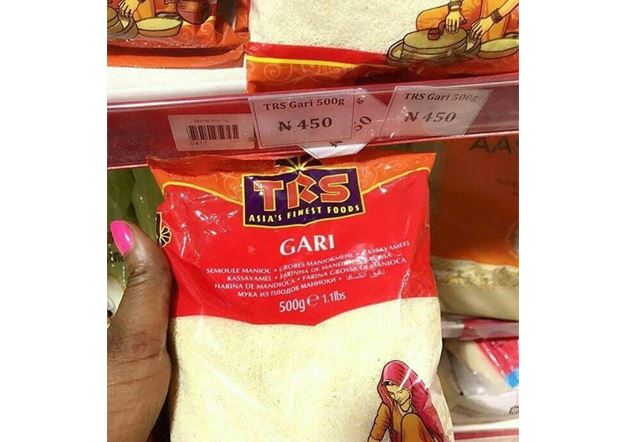 Indian garri: The National Agency for Food and drug Administration, NAFDAC, has begun investigations into the alleged importation of “Indian garri” in the country, even as Nigerians have been cautioned against consumption of the product.

Minister of Health, Professor Isaac Adewole, who spoke on the development in a statement on his twitter handle, entitled On imported garri, Pt 1 – NAFDAC, said 26 of the 500 mg packets of the product, were seized after regulatory officials visited the supermarket at Ikoyi on Monday, February 20, 2017.

Also alerting Nigerians about the development, the Acting Director General of NAFDAC, Mrs Yetunde Oni, urged Nigerians to stay away from the product because its consumption portended health hazards, as the agency was yet to certify it fit for consumption.

Oni, who spoke in Ilorin at a one-day zonal campaign on current regulatory issues in the safe use of drugs, animal feeds, pesticides and chemicals, said preliminary investigation had revealed that the product was actually made in Ghana, and not India as some reports earlier claimed, adding that it was packaged in the UK.