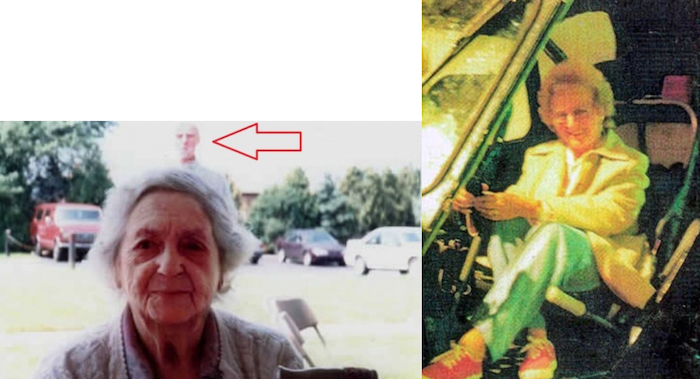 6. Ghost in Austria Just Wants to Join the Party

In 1988, a group was enjoying themselves at the Hotel Vierjahreszeiten in Austria. They wanted to get a photo of the entire group, so a member of the party set the self-timer and set the camera down on a nearby table. When the camera took the shot, the flash did not go off, so the man reset the camera and got a different shot with the flash on. Once the film was developed, both photos came out okay. However, the first shot without the flash had an extra guest. A blurry head, much larger than those of the other guests, is squeezed in between two other people. The head is not seen in the second shot. No one in the photo recognized the unknown person, and photo experts have claimed that this phenomenon was not the result of double exposure.

SEE ALSO: 10 People who sold their soul to the devil (With Pictures)