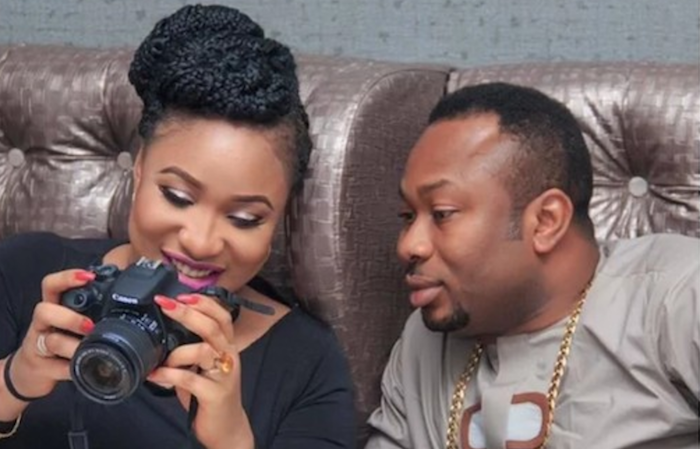 “I have been a long time passionate fan of you – Mrs Tonto Dikeh Churchill or do I remove the surname? ‎Your movies from your early days of breaking into the nollywood industry arrested attention anytime, as the toast of most industry movie directors for scripts. As one of your fans, it bleeds my heart to hear of the unpleasant stories coming from your home especially as you used your fans influence based to react at any latest provocation as if you are lead actress in a home movie.

My dearest Tonto Dikeh, we your fans are instrumental to your fame. Your marriage breakup is the prayers of some of your colleagues and those your actions have offended directly or indirectly. I expected that any challenge in your home should be kept private and away from social media. I want to believe that God blessed you with a loving husband who seem to give all you want but though, there is saying that he who wears the shoe knows where it pinches. Truly, your fans in Rivers state are proud of your height in the industry but we plead that you let sleeping dog lie.

The accusation and counter- accusations of smoking while breastfeeding, negative reactions of destroying properties and alleged infidelity from your husband – Olakunle Churchill can not be confirmed by the public. We draw our conclusion from the buzzes on social media. Beware of those you draw close as your friend especially in relation to your marriage except we will eventually write a movie script about your home, marriage and social media influence and sell to major directors like Chico Ejiro, Teco Benson, Tchidi Chikere etc with a caption ” Last Celebrity Marriage” ‎

It’s sad to think that the supposed settled marriage ‎crisis in your union still persist indirectly as feelers have it that you choose to subject your husband to emotional torture by taking the child – King Andrea away from him because of his affection for the little boy. My prayer is that you don’t take your beloved son to another controversial Maurijuana smoker’s home as attacked .My sister, which I choose to call you, please the drama upon drama in your home if true can be attributed to you going back to your old life of smoking. When you got married, we your fans were happy that you finally settled down inspite of our supposed believe of your reckless movie life but alas, it’s truly a reflection of your life in marriage even when we thought motherhood has changed you. Advising you to borrow a leaf from some notable scandal free celebrity actresses would not have been good considering your status, but am forced to tell you to screen into their marital life.

My beloved super actress, the tag ” controversial actress” which you got stuck with you since your early days of smoking in movies, close intimacy in ‎acting and bad girl disposition do not make us believe is your true reflection but a conscious impressive interpretation of your roles. For the sake of your son – King Andrea and the love show from your husband as posted by you each time on social media, just put your home together- indeed, it’s your responsibility. We are happy the family crisis is been silient and we strongly believe there is peace at home now. Besides your peace at home, the gist of you breaking things in your mother -inlaw’s house and pushing her down in attempt to calm you down is not only disgusting but embarrassingly misleading if we truly have to believe that. ‎

Well, I do not know much about your husband maybe because he is not a showbiz person but perhaps a philanthropist. But I think we might not judge him from social media stories. With time his true identity will be known, not only then we can write to him too…. value what you have which you made us believe he is your lovely Mr X, your irreplaceable Hero an‎d your protective superman.
Mama King, he that has ear let him hear, for the voices of the fans are the v‎oices of fame or destruction.
I rest my case

For weeks, there has been rumours that Tonto Dikeh’s marriage to Oladunni Olakunle Churchill has crashed. Today, Tonto took to her Insta…
-lib

See what Buhari and Trump spoke about last night