Top 10 African countries that have the strongest juju and witchcraft – #1 will surprise you big time! 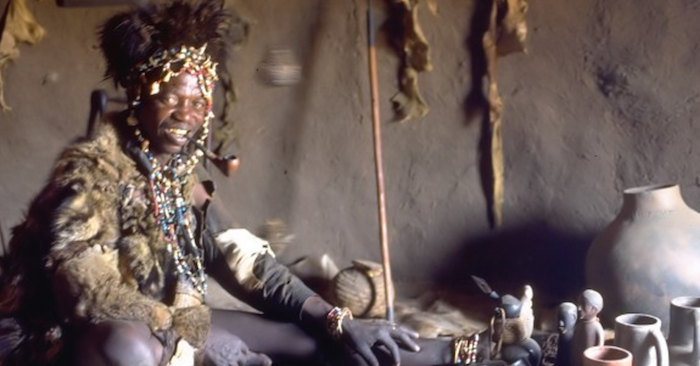 Strongest juju and witchcraft : Does witchcraft have a place in modern society?  In Africa, witchcraft has played a role in rebellions, fighting wars, gaining independence and is often seen at election time. Some people also consult witchdoctors to cure diseases or find a husband. However, the practise has negative sides – mutilated bodies are often found in Africa, with their organs removed presumably for use in magic charms. And recently in the UK, three people were jailed over the torture of an eight-year-old Angolan girl they accused of being a possessed witch.

Witchcraft is clearly evident in all of the countries I have lived in. In Zimbabwe the only person immune from witches it seems is the president himself, and that is because he can afford stronger portions from all over Africa. In South Africa are the most feared witches. In Botswana the witches are there but they are not that skilled. In Zambia and Malawi you can easily be murdered in the night by witches. In England, UK I attended witches meetings in a little town of Leek in 1996, and again in Highlane Burslem in Stoke on Trent. The witches were convinced they had special powers.

Witchcraft is absolutely vital in African society. It shapes our norms, values and tradition. We should not allow the negative effect of witchcraft and forget the enormous positive ones. This is a tradition of our back ground and no-one should shy away from it because negativity of it has been echoed in London or other parts of the world.

Take a look, Islam and Christianity have been imported to Africa centuries ago which is intended to replace our ancestors’ traditions and values. Now you can’t believe your eyes, in Nigeria thousands of people are killed each year as a result of these imported religions (someone’s culture). I have seen witchdoctors curing people who have been told by modern doctors that they have no chances of surviving.
James Nyikole, Sudanese in Australia

10. Tanzania
Tanzania is a land of some very different beliefs. One such belief of so-called witch doctors in this east African nation is that albino body parts are good ingredients for the magical potions the witches concoct. As a result, albinos in Tanzania face widespread persecution. According to reports by BBC, one woman with albinism was found hacked to death in May 2014 in a village called Gasuma. Two witch doctors were suspected of performing the heinous crime and were promptly arrested. Prior to this incident, an article on care2.com mentioned the deaths of around 600 women in 2011, all charged with witchcraft.