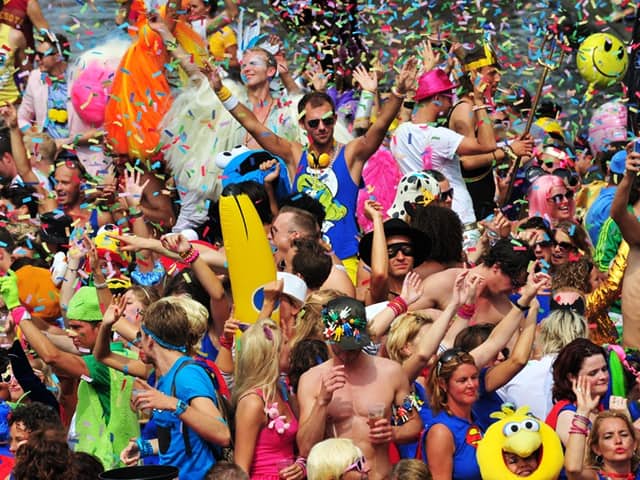 countries with the highest number of homosexuals: Society is changing.  There are an increasing number of countries that have adapted their laws to recognize the rights of its homosexual population.  There is a multicoloured wave that is sweeping the planet and what was once inexplicably taboo is becoming openly accepted. With the legalization of same sex-marriages last year in Brazil, France, England and Wales the total number of countries where same-sex marriage is legal has risen to 17.

If you include countries where it is legal in certain areas, like the U.S., where 18 states and the District of Columbia have adopted a law and in Mexico where 2 states are on board, the population that now lives in an area where same-sex marriages are legal has risen dramatically in a twelve-month span.  Tony Pitman, a Melbourne based activist has compiled a list of these countries along with their population estimates.  As of January 1st 2014, 700 million people live in a country where same-sex marriages are legal.  The current worldwide population is approximately 7 billion; basically 10% of all individuals on the planet now live in a country where same-sex unions are legal.

It was not too long ago that South Africa was getting attention for its discriminating laws.  It now makes the list as the most gay-friendly African nation.  In a continent that contains many of the most anti-gay countries, South Africa was a pioneer in its legislation with relation to gays and lesbians.  Same sex marriage was legalized in 2006.  This is a nation whose history is strewed with racism and segregation.  There still exists an undertone of this dark past in everyday society in South Africa.  This must be understood if you are planning to visit South Africa. In the Pew survey only 32% of the population answered in a positive way. With most African countries maintaining strict laws against homosexuality and having results in the 3-4% range on the survey, South Africa is leaps and bounds ahead of its neighbours. The nation makes the list because of its desire to accept and integrate gays and lesbians into their society more than any other reason.