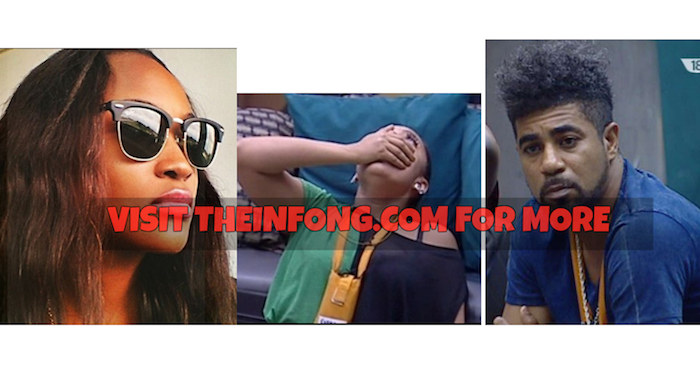 Evicted from #BBNaija: Hi hi #BBNaija lovers like me, “una weldone oh”! This week has been all fun and crazy, indeed crazy. loads of videos being shared, loads of happenings in the house and loads of talks from viewers home and abroad. We all know the three housemates that are up for eviction, if you don’t, they are; TTT, Marvis and Gifty and from the look of things, two housemates might be booted out of the show this Sunday.

The first housemate I strongly believe will be axed is Gifty. Yes, Gifty because of the “so many mistakes/blunders” she has made this eviction week. Starting from her fellow housemates to Falz, Emmanuel Ikubese and then, Banky W! A lot of people on Social Media have called her out.

Infact, at a certain period in time, she was the trending topic in Nigeria’s “Twitterdom”. But wait, how can you say you don’t know Banky W and you be Nigerian?? That means you don’t know Wizzy baby abi?? Oh, I mean Wizkid ehn!!!

A lot of people are criticising her right now, even celebs like Funke Akindele have called her out, saying she is just too “fake”. Indeed, she presently has a terrible rating now, even a friend of mine who used to root for her, expressly said, “she don tire for the babe”.. Maybe it’s time she goes to meet Soma.. Abi wetin you think??

Check out Dino Melaye in his red convertible car (photos)