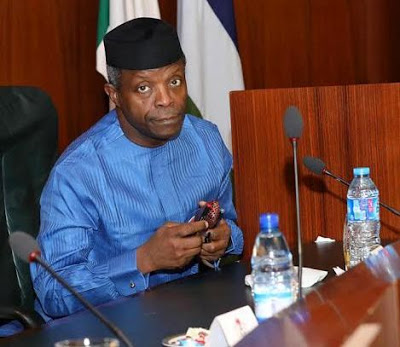 Enang in a release made available to the press in his office said the bills Assented to have accordingly becomes laws as it was passed by the National Assembly and transmitted for Assent.
The bills according to him includes:
1. OATHS (AMENDMENT) ACT, 2017
2. DEFENCE SPACE ADMINISTRATION ACT, 2017
3. VETERINARY SURGEONS (AMENDMENT) ACT, 2017
4. NATIONAL FILM AND VIDEO CENSOR BOARD (AMENDMENT) ACT, 2017
5. PENSION RIGHTS OF JUDGES (AMENDMENT) ACT, 2017
6. NIGERIA INSTITUTE OF SOIL SCIENCE (ESTABLISHMENT, ETC) ACT, 2017
7. MORTGAGE INSTITUTIONS (AMENDMENT) ACT, 2016
Senator Enang noted that the Acts, other than the Defence Space Administration Act, and institute of soil science are mainly Amendments to the Principal Act intended to bring the Acts in conformity with current realities.
The release stated “
1.The Oaths Amendment Acts specifically enlists courts which were not in existence at the time the Oaths Act were made and which came into being upon Amendment of the constitution creating such courts such as the Federal High Court, F.C.T High Court, National Industrial Court, among others named in the Amendment Act.
2. Defence Space Administration Act establishes the Defence Space Administration, to develop satellite technology and ensures security of the nation’s cyber activities.
3. Veterinary Surgeons (Amendment) Act reduces the membership of the Veterinary Council.
4. National Film and Video Censors Board (Amendment) Act reduces the membership of the Governing Board and empowers the Board to regulate the import and export on movies.
5. Pension Rights of Judges (Amendment) Act expands the meaning of a judicial officer to cover the offices of the Chief Judge or Judge of the Federal High Court, President or Judges of the National Industrial Court and Chief Judge or Judges of the High Court of the Federal Capital Territory.
6. Nigeria Institute of Soil Science (Establishment, ETC) Act establishes the Nigeria Institute of Soil Science which is charged with the responsibility of regulating the profession of Soil Science
7. Mortgage Institutions (Amendment) Act reviews the prescribed penalties.
For Bills transmitted but not listed herein, there are appropriate communication by the constitutional authority remitting same as allowed by law.
-lib