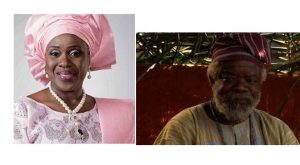 Nollywood celebrities who are lecturers: There was a time, not too long ago, when acting was seen as a profession for never-do-wells in the society but notion has since been discarded. Actors now include intellectuals, professors, doctorate degree holders and others who find the passion to get on stage or screen too hard to resist. Here’s a list of actors who also teach the art in university as well as university lecturers turned actors.

Prev post1 of 11Next
Use your ← → (arrow) keys to browse
Tags: Gist & GossipnollywoodphotosTheOlusanjo
Share12Tweet8Pin3SendShare