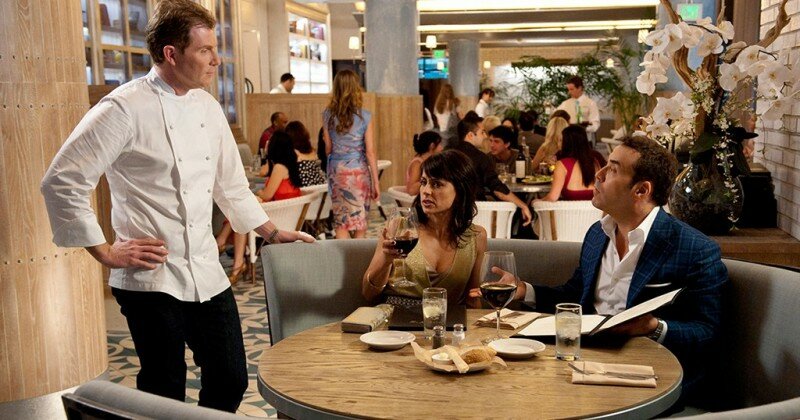 Celebs who treat employees like garbage: We’ve all heard of the stereotype of rich people treating people with less money as less than human. Unfortunately, it’s partially true. There are some celebrities who think that people with “regular” jobs don’t deserve to be treated like human beings. Some of these instances have been documented, and they change the way that these celebs are viewed in the public. In today’s society, celebrities are encouraged to be more relatable, so having a condescending attitude could actually affect a celeb’s career negatively.

The way someone (celebrity or not) treats “the help” says a lot about his/her character. Sure, celebrities are expected to leave huge tips when eating out or ordering a coffee, but treating people well goes beyond that. Some famous people have made ridiculous demands of employees and thrown adult tantrums when they didn’t get what they wanted fast enough. If this is the way some celebs behave in restaurants and retail establishments, working with them on the set of movies or music videos must be a nightmare. With that said, here are 12 celebrities who have been known to treat “the help” like garbage. We apologize if some of your favorite stars “made the cut.”

Kathleen Battle is well known for her beautiful soprano voice. She also got a lot of unwanted public attention in the 1990s, when she was fired from the Metropolitan Opera. Her dismissal from the company was largely due to her unprofessional and diva-like actions, which included treating the cast and crew of her productions very poorly. Some of the people who worked with Kathleen even got t-shirts that read “I Survived The Battle.” She pretty much confirmed the rumors that she was a diva when she was asked about her behavior during an interview and walked out. Battle has also been known to go to restaurants and make ridiculous demands, such as not having too many peas in her soup. She sounds like a lovely lady.