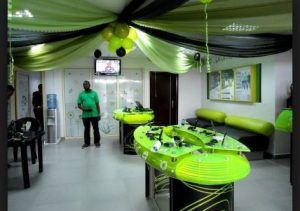 Etisalat, one of the largest telecommunications companies in Nigeria looks set to be taken over by three banks after it failed to pay back as scheduled.

Three banks including Guaranty Trust bank, Access Bank and Zenith Bank are said to be set to take over the Telecomms giant today, Wednesday 8th of March 2017.

According to Premium Times, the loan, which totalled around N541.8bn and involved a foreign-backed guaranty bond, was for Etisalat to finance a major network rehabilitation and expansion of its operational base in Nigeria.

Unfortunately, Etisalat was unable to meet its debt servicing schedule which was agreed last year and this led to Etisalat being reported by the Banks to the Central Bank of Nigeria, CBN and the NCC.

Etisalat claimed that its inability to pay the loan is due to the current economic recession presently affecting the nation. The banks on their part have stated that their strictness is due to the pressure from the Asset Management Company of Nigeria, AMCON, demanding immediate cut down on the rate of their non-performing loans by Banks.

According to Premium Times, a senior official of one of the banks stated that they tried to find middle ground with Etisalat requesting that they declare Bankruptcy which would require having receivership management appointed by the banks to oversee its operations.

The NCC are said not to be pleased with the takeover proposal, the source said, as it believes Etisalat was not only a viable going concern, but also willing and able to negotiate its loan servicing.

The takeover is said to occur today as the commission has approved the takeover.

These are the most important prayers for pregnant women