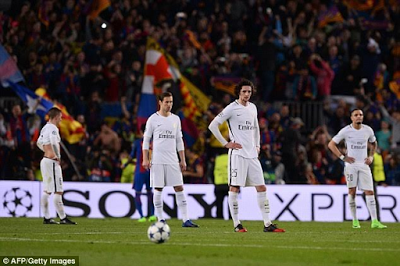 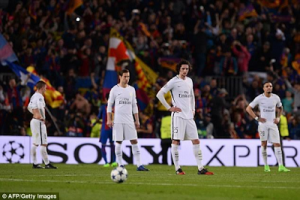 Fans of French club, PSG, have threatened players and  their family members upon their return to Paris after the club’s shocking 6-5 aggregate loss and total capitulation on Wednesday night at the hands of Barcelona following a 4-0 first leg home win.

According to the club, the players were insulted and their cars vandalized as fans  created an ‘extremely hostile and aggressive climate’ as they waited to confront the French team at Bourget Airport with one person hit by a car during the incident.
PSG have now released a statement saying they strongly condemn the acts of the fans, and that a police investigation into the incident has begun. 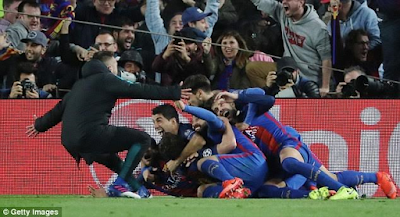 The statement read: ‘On Wednesday night, upon their return from Barcelona, the Paris St Germain players were confronted and threatened by several individuals at Bourget Airport, despite the club and authorities reinforcing security.
‘These individuals verbally insulted the players before vandalising their cars. Several vehicles were damaged.
In this extremely hostile and aggressive climate, all vehicles were escorted to ensure the safe passage of the players, their families and club staff members. One individual was struck by a car trying to escape the crowd that was physically threatening the players and their families.

‘A police investigation is under way to establish exactly what happened.

‘The club, and all those present, have informed the investigators of their readiness to help the investigation, to get to the bottom of this regrettable incident.

‘The club strongly condemns the actions and behaviour of the individuals in question.’ 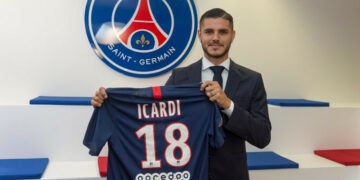 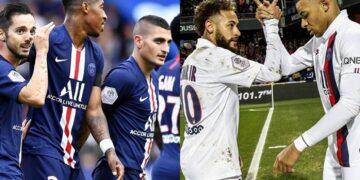