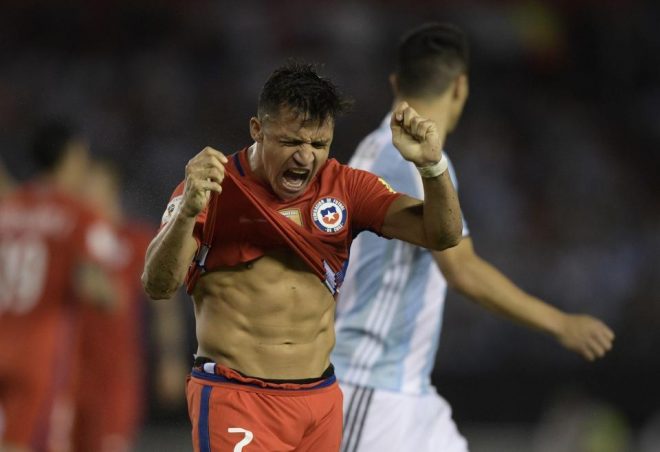 Alexis Sanchez lands in police trouble; Arsenal forward Alexis Sanchez has landed in fresh trouble after being caught by Police for driving beyond speed limit in Chile, according to reports.

The 28-year-old who is currently on international duty with his country, was driving on 96mph in a 75mph limit zone in the city of Santiago.

Reports in AS claim that Sanchez was stopped by the Police on Sunday on his way to the training ground ahead of their World cup qualifier against Venezuela next Tuesday. Images of his driver’s license and ticket have also surfaced online, with unconfirmed reports that he has been given an April 12 court date in Santiago, which is just two days before Arsenal play Crystal Palace in the Premier League. Despite his troubles on his way to training, the Arsenal forward was all smiles in the training with his Chilean teammates. He has come under intense criticism in recent matches due to his antics on the pitch with both club and country.

It was understood that his Chilean teammates were angered by his tantrums during their loss to Argentina on Wednesday after the Arsenal forward stormed into the tunnel at the end of the match while his teammates went to applaud the fans.

Sell your jets, use the money to feed the poor – Reno Omokri challenges Nigerian Pastors

Women are responsible for keeping a Marriage – Ramsey Nouah speaks