#BBNaija: Full Video of the fight between Bisola and TBoss today – See what caused it 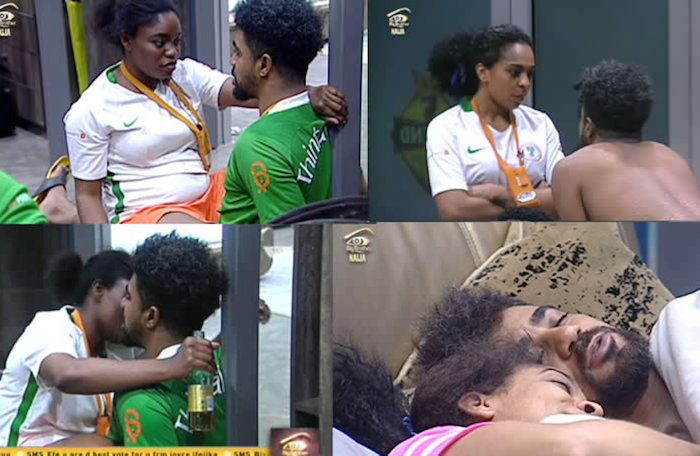 Fight Bisola and TBoss: I really don’t know TBoss’ game plan in the house but one thing is certain, she is building a whole lot of “hate-fans”. First was from Balley, then Kemen, then Efe and now Bisola. Wow! If she survives Sunday’s eviction, then she might eventually become the winner of the star prize. One begins to wonder if this “fight is as a result of marking their territory”, I mean, is Bisola angry with TBoss over TTT’s closeness towards her?

Also Read: See what #BBNaija Bisola did with Balley when TTT slept that has got people hating her (Video)

Anyway, One thing is definitely certain tonight, she will have an emotional “diary-session” with Biggie, making the world feel she has been hurt and of course, is being picked on by other housemates, thereby, possibly buying votes from those who might be emotionally in-tune with her..

Hours back, Bisola was in the kitchen, making meal for housemates, “toast” to be precise, then came TBoss, “asking plenty questions”, a “not-so” in the mood Bisola, directly told her off, saying if she doesn’t like the way she is cooking her food, she shouldn’t eat. Then and there, the shouts began, TBoss started raising her voice and Bisola wouldn’t have it, she responded.

You can see Marvis laughing in the background, obviously in support of Bisola..