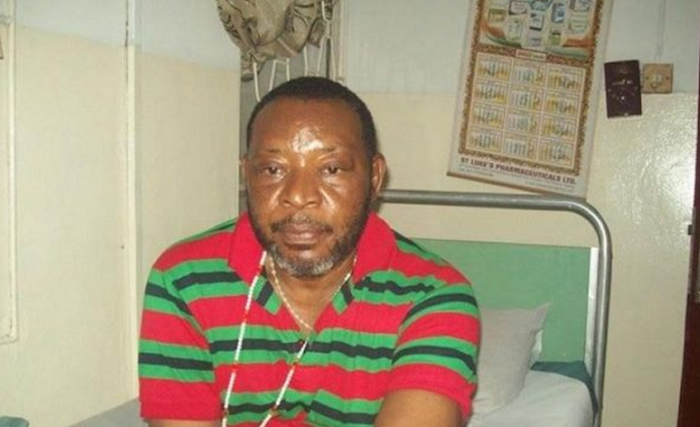 Nollywood actor Prince James Uche has died after battling diabetes and kidney disease for several years. According to the #SavePrinceJamesUche campaign, the 55-year-old actor died Wednesday afternoon while being taken to a private hospital in Festac, Lagos, for dialysis. He was said to have been unconscious for the past five days and was scheduled to travel to India on Saturday for surgery.

“We regret to be the bearers of this sad news, but our colleague, father, husband [Prince James Uche) passed on [Wednesday] from complications following diabetes, blindness, BP, kidney,” said the statement signed by Chioma Okoye, Rita Edochie, Emeka Ojukwu and Ejiro Okurame.

“He has been experiencing fever, strange blood infection, and strange blisters on his legs for the past three days after he secured his Visa before he passed on today Wednesday March 8th in the Ambulance on his way for Dialysis at 2:15pm.

“He was meant to travel this Saturday March 11th to India for his surgery.

“We sincerely want to thank everyone who donated to save this great man…we shall keep you all posted.”

Prince James Uche is survived by his wife and three children.

Uche was a former vice president of the Actors Guild of Nigeria (AGN).

He had been in and out of hospitals for the past few years as a result of a kidney-related ailment.

#BBNaija: Kemen apologises to TBoss, says it was all a game – (Read his statement)