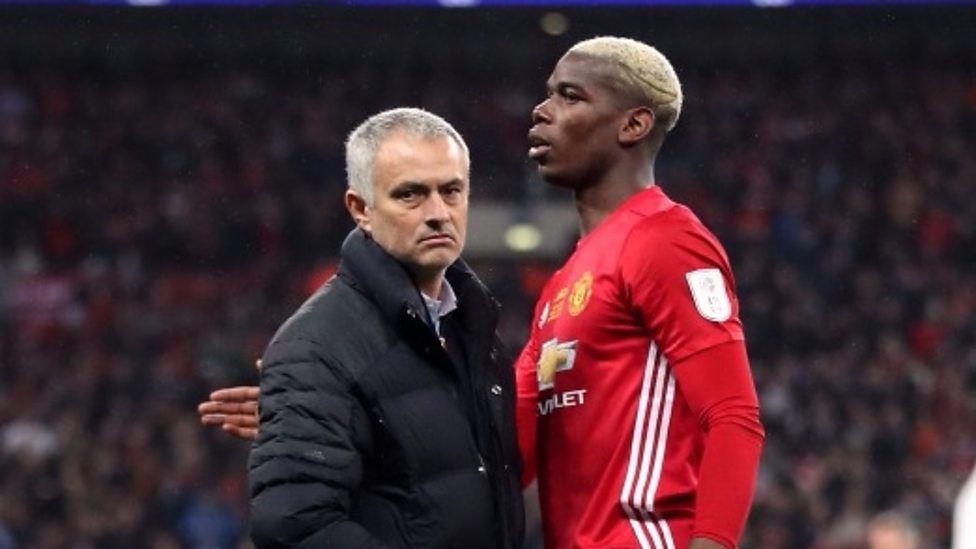 Jose Mourinho hits back at Pogba’s critics: With a world record price hanging over his head, Paul Pogba has come in for plenty of criticism from those who believe he is not doing enough to justify the £89million fee Manchester United shelled out for him. Jose Mourinho has risen to the defence of his star player saying his critics are envious and the 24yr old has achieved a lot all by himself.

The Portuguese coach said: ‘I feel that the world is losing values and we all know that and envy is coming into certain levels that I am scared about especially for the next generation if things go in this direction.’

‘It’s not his fault that some of the pundits are in trouble with their lives and they need every coin to survive and Paul is a multi-millionaire. It’s not his fault. ‘He deserves respect, his family deserve respect.

He is a kid who comes from a working family, a family with three boys that I’m sure needed a lot of food on that table every day because they are big giants. So I’m sure the mum and dad had to work hard for many years for them.

‘A kid who came to Manchester as a teenager who fought for his career here, who wasn’t afraid to move and go to another country and look for better conditions. ‘A kid who reached the top of the world with his work.

Nobody gave him anything. I’m really, really worried with the previous generations because things are going in such a direction that envy is everywhere.

‘I’m very happy with Paul, the club is very happy with Paul. A good thing is that because of his personality he doesn’t give an “S” to what people say.’ Pogba has had a mixed campaign in his first season back at United, in 25 leagues appearances this season, he has 4 goals and 3 assists.