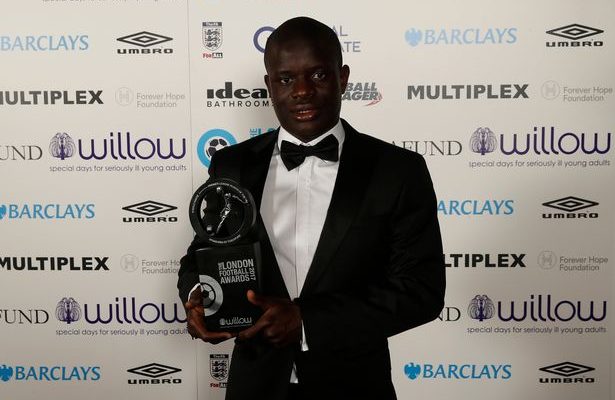 Chelsea midfielder, N’Golo Kante, has been named the London player of the Year.

Kante has been a brilliant performer for the Blues, as they continue to storm towards the Premier League title. He has made 30 appearances in all competitions and scored once against Manchester United.

His manager, Antonio Conte has been awarded the Best Manager in London.

The Italian beat Tottenham coach, Mauricio Pochettino, to the prize.

Conte has guided Chelsea to 20 league wins from 26 matches and the Stamford Bridge club are 10 points clear ahead of second-placed Spurs.

Prev postNext post
Use your ← → (arrow) keys to browse
Tags: chelseaConteKanteLondonPlayer of the year award
Share12Tweet8Pin3SendShare