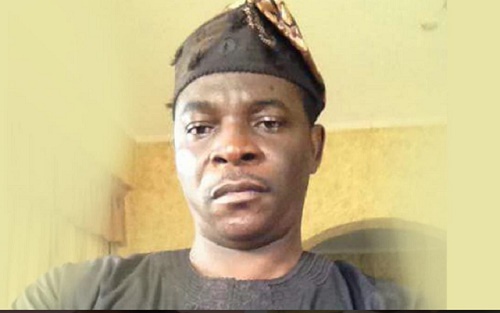 Man murders his boss and flees with his car: A 20-year-old man has brutally murdered his 53-year-old boss Kayode Oso ,an Information and Communications Technology consultant, just a month after he was employed. The murderer identified as Precious Victor also fled with the man’s car. According to Punch, Oso had employed the 20-year-old Victor to manage his newly opened bar located on Akinremi Street, Ikeja, Lagos State, but just one month after, the suspect brought in his friends who murdered Oso and made away with his car, money, and other valuables.

The report revealed that on the day of the murder, Victor invited two of his friends identified as Kelechi Kalu and Ahmed Abubakar, to the bar to wait for Oso. When Oso came in the evening to go through the books, he noticed some discrepancies and while inquiring from Victor, they got into an argument.

Victor was said to have called in his friends who were hiding inside the bar and the three of them descended on Oso, beating him to a pulp before stabbing him in different parts of the body.

After that, they reportedly locked Oso’s bleeding body in the bar and fled in his car to a hotel in the Abule Egba area of the state where they were to wait for a buyer.

After that, Victor and Abubakar allegedly changed their bloodstained clothes and returned to the bar as if nothing happened but a customer who had noticed when they left the premises with the bloodstained clothes, raised the alarm, leading to their arrest.

However, a family friend while narrating the incident said that the suspects had attacked the victim in his office after demanding money and his ATM card.

“When Oso got to the shop that day, he met the three men but didn’t suspect anything. He had entered when the three men attacked him. They demanded money, his ATM card and the key to a car he parked on the premises.

When he told them he didn’t have money and was not using any ATM card, which was true, they beat him and stabbed him up to death.”

The police has started a manhunt for the third suspect, Kalu who is still on the run. Victor and Abubakar have been transferred to the Special Criminal and Investigation Department (SCIID) and would be charged to court as soon as investigations are concluded.