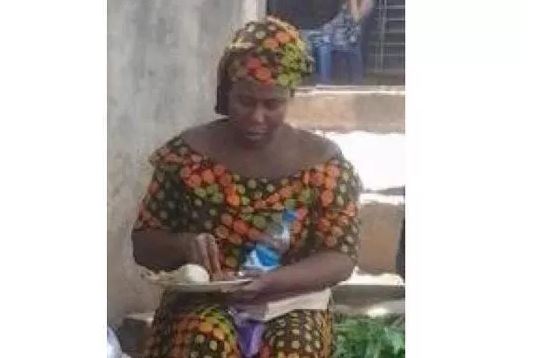 Police arrest pastor: Rev. Mrs Adline Ngozi of the Gods’ Bible Church in Lagos, has threatened to place a curse on two members of her church whom she allegedly defrauded to the tune of N2 million..

According to Pmexpress, the Imo State-born cleric was alleged to have obtained the sum of N1 million each from two members of her congregation, Mrs Temitope Kadri and Dr. Mrs Ishaq Olanrewaju, under the false pretense of putting it in a five-year deposit scheme with an interest of N100,000 every month.

The victims gave her the money since last year and were expecting the returns. However, while waiting, they realised that the whole investment was a scam and when they asked for their money, Ngozi started threatening to place a curse on them, to scare them.

The matter was reported to the police at Idimu division who arrested Ngozi and charged her to court with fraud under the Criminal Code. She was arraigned at the Magistrate court sitting in Ejigbo, on Tuesday, and she pleaded not guilty.

The presiding Magistrate, Mrs J.O.E Adeyemi, granted her bail in the sum of N200,000 with two sureties in like sum. She was remanded in prison custody pending when she will perfect her bail.

“Why I was kidnapped twice” – Mr Ibu