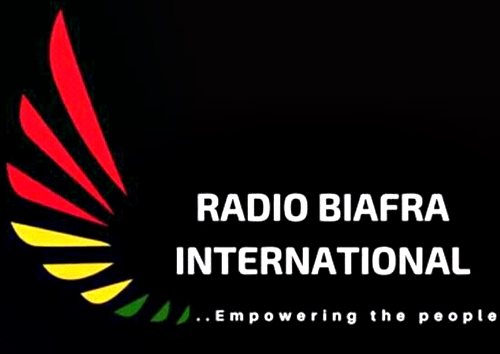 Radio Biafra will go live in America from Sunday, Leonard Anemene, a leader of the organisation, said in a statement issued on Friday. Anemene said but for some challenges, the project would have been out earlier, but did not say the exact location where the station will be operating from.

“So, a live broadcast of Radio Biafra International (RBi) from the Americas has been imminent for a very long time now but was delayed due to logistic bottlenecks. However, we are proud to announce to you all today, that we are going live on air on Sunday, the 19th of March, 2017 with a maiden broadcast, starting from 10.00 am Biafra time,” he said.

Recall that in July, the National Broadcasting Commission (NBC) jammed Radio Biafra signals as a result of inciting messages transmitted by the station.

“Right now the signals from radio Biafra have been jammed successfully by the NBC. The commission is also working with security agencies to get those that are behind that radio because it is an illegal radio. It is not licensed by anybody to be on the airwave in Nigeria,” she had told state house correspondents in Abuja.

Below is the official statement; 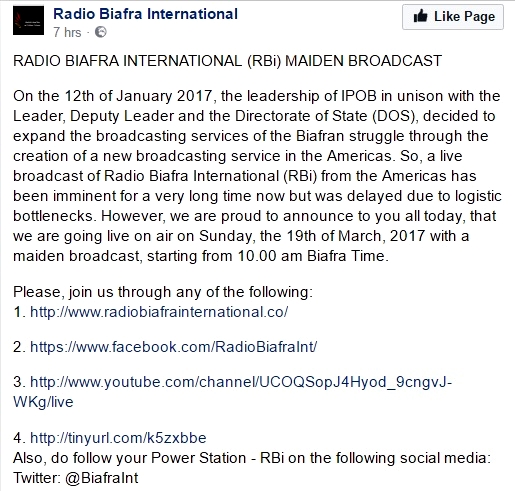 Nnamdi Kanu not taken away by the military, he’s in London right now – Orji Kalu

We don’t see IPOB as terrorist organisation – US Government