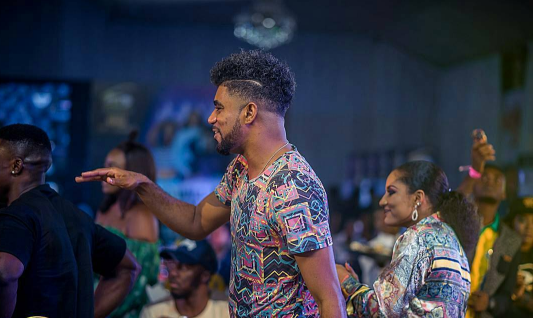 ThinTallTony begs Nigerians: Ex Big Brother naija housemate, Offiong Edet Anthony, popularly known as ThinTallTony or TTT, has urged Nigerians to remember the creative things he did on the Big Brother Naija show rather than his perceived negative antics.

Following his eviction from the reality show, TTT received a lot of stick for failing to intimate the housemates – especially Bisola – of his marital status.

Speaking with TheCable Lifestyle on Tuesday, the ex-Big Brother housemate said he will approach the competition in the same manner if he were to do it again.

“I wouldn’t change anything, I would do everything that I did all over again but a lot of people don’t understand that a game is a game. A lot of people went in with strategies, I didn’t go in with any,”

“I just didn’t want to talk about my marriage, I wanted to show how creative I am. If we go past the questions people are asking about the negative things and ask was he creative, was he innovative? Did he take advice from people? Scrape things out of nothing and make them Nigerian and presentable? Yes, I did.

TTT revealed that his motivation to win or do well in the Friday night games was to have the opportunity to drink alcohol, which was not readily made available to the housemates.

“I loved the tasks and the Friday night games. It wasn’t even about winning the tasks, it was the alcohol.

That was the only thing that brought us back to normal because throughout the week, we would have done hectic things that made us sweat but Friday night was the time to relax.”

Woman rapes Taxi Driver at knifepoint then robs Him