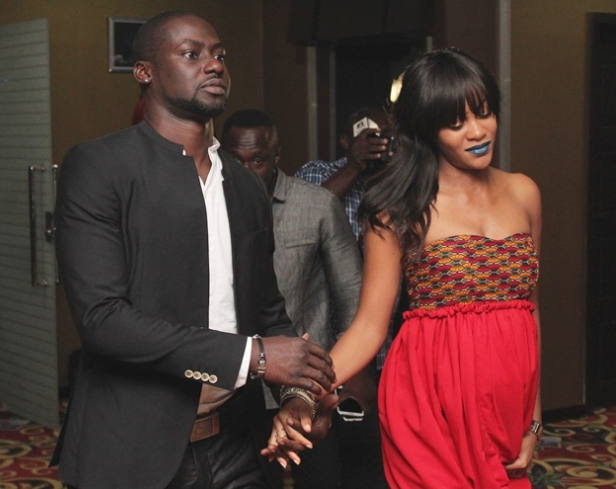 Ghanaian actor, Chris Attoh, has finally debunked reports which alleged that he’s at the center of a marital crisis with wife and actress Damilola Adegbite. The actor who had a chat with KMJ on Daybreak Hitz on Hitz FM, said his wife “is wonderful,” and “she is currently in London. She just launched her Alpha Woman project,” which helps to empower women.

The reports was almost believed to be true, after Chris posted several photos of his wife on social media, wishing her a happy second wedding anniversary on February 14, but Damilola failed to respond or do same.

Damilola Adegbite shares with ladies secret on how to get a…

When asked about the numerous divorce reports, Chris said;

“I don’t hear them, I don’t read them. I’m too focused, I can’t be too bothered with all these… what is important is in front of me.”
He also disclosed that he got a perfect response from his wife on their 2nd wedding anniversary;

“I got my response. The response doesn’t have to be on Instagram. I remember speaking to her that evening…” because I was in South Africa then, he stated.

He observed that their busy schedules do keep them apart but that hasn’t affected their marriage.

“Because of what we do we try to have time for each other as often as we can. It’s tough because sometimes I might be away for two, three months but that’s usually the interval. When she can come, she comes, when I can go, I go…”

In the awake of the divorce reports, it was rumoured that Chris’ family, particularly his sisters, were not in support of the marriage to the Nollywood actress but he refuted the reports quizzing “why will there be anything like that?”

How actress made Stella Damasus cry on her birthday