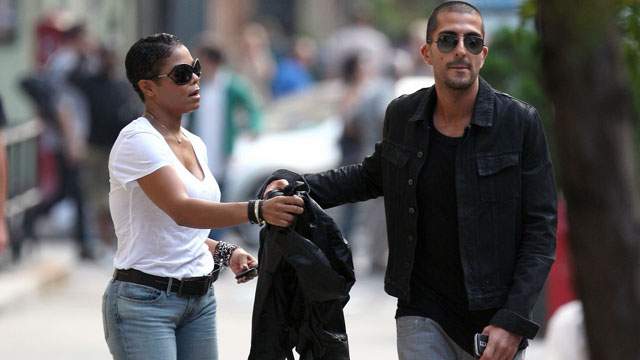 Janet Jackson has split from her multi-millionaire husband few months after giving birth to her first child at the age of 50.

The pop-star sister of the late Michael Jackson wed Qatari businessman Wissam Al Mana in 2012 and their son, Eissa, was born on January 3.

5 things you’re doing that will definitely kill your…

Her recent retreat from the limelight – and the postponement of her Unbreakable world tour last year involving 36 gruelling stadium shows – had been put down to contentment with her marriage.

But last night, a close friend of Ms Jackson told The Mail on Sunday: ‘Sadly, Janet and Wissam have decided that it wasn’t working and to go their separate ways.

‘They’re both busy people but determined to be good parents, even if they’re apart. It’s amicable and Eissa will stay with his mother, who is basing herself in London.’
When the couple married, there was much speculation, never confirmed, that Ms Jackson had converted to Islam, fuelled by her appearance in a head scarf.

There were rumours of a split within days of her son’s birth, when she was seen in public without a wedding ring but these were discounted at the time.

‘I Sacrificed Having Sex For Fame’ – Adokiye Kyrian

Man demands for his lover’s hand in marriage, proposes through a transport company…