Kalu advocates even development across Nigeria

Kalu advocates even development across Nigeria 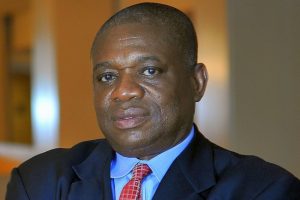 Former Governor of Abia State, Dr. Orji Kalu, has urged President Muhammadu Buhari to give equal attention to states in the South East and South South geopolitical zones in relation to other states.

Kalu has also called on the Federal Government to strengthen institutions saddled with responsibility of maintaining law and order, adding that no meaningful development can take place in an atmosphere of disorder and chaos.

Kalu, who maintained that fairness and justice are key in promoting a decent society, pointed out that the hope of the common man is the judiciary, noting that nobody should be above the law.

He said: Without equal opportunity extended to Nigerians regardless of tribal, religious, political and economic differences, it will be difficult to achieve our collective dream of a better Nigeria.

“Ndigbo are not asking for much.

“They are only seeking for fair and equal opportunity as accorded to other tribes.

“To achieve a united country, no one should be exempted from development.

“All states, especially South East and South South, ought to be given equal share and opportunity of development.

“When equal attention is given to every state, it will facilitate development and peaceful cohesion among all.”

The former governor also reiterated his stand on peaceful co-existence among all tribes, adding that it is more beneficial for Nigeria to grow as one.

Kalu equally called on Nigerians to sustain their support for the President Buhari-led administration, pointing out that the country’s lost glory will soon be restored.

According to him: “Those capitalizing on the President’s health to criticise him are ignorant of nature. Any body can fall sick. The President has been doing well, especially in the area of security. He only needs to fine tune his economic policies for a turn around.

“Nigerians are not asking for much. They are only asking for food on their table, good health care and security of life and property among other basic necessities.”