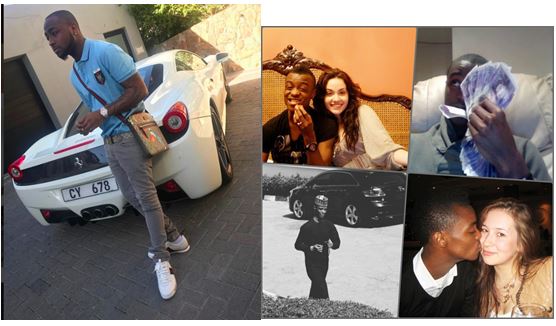 Theo is the son of  Theophilus Danjuma, a former Nigerian defense minister and the founder of oil exploration company South Atlantic Petroleum. His father’s fortune is estimated at $700 million from oil to shipping and real estate. Later on the family has become famous for collection art objects. Theo and his father share this passion. High quality global journalism requires investment.  His main focus currently is building up and showcasing his art collection which has over 400 works at the moment.

Bashir El-Rufai is the son of Mallam Nasir Ahmad El-Rufai, the Governor of Kaduna State and former Director General of The Bureau of Public Enterprises, Bashir is often described as a wild young man who is enjoying life to the fullest. He  never fails to make out time for his friends, go on dates with his woman, buy expensive gadgets and wristwatches ad even go clubbing with his friends. El-Rufai recently declared he is now worth N90 billion with 40 mansions in assets according to media reports.