Nollywood actress Rukayat Adesanya, popularly known as Rukky Sanda is one of Nigeria’s most attractive screen goddess. The light skinned actress who is also a movie producer, can be described as someone who knows her craft in the movie industry which has made her remain relevant in the movie industry over the years. Born on August 23, in Ikorodu area of Lagos to a Muslim family, Rukky Sanda began her acting career in 2004 while still a student at the Lagos State University (LASU) and continued after her graduation in 2007.

In the past there were several allegations towards the filmmaker that she had undergone plastic surgery for her face, her boobs and her butts in order to look more attractive to her fans. Rukky Sanda also has several tattoos on her back. In celebrating her beauty, we gathered 10 sexy photos of Rukky Sanda in revealing outfits: 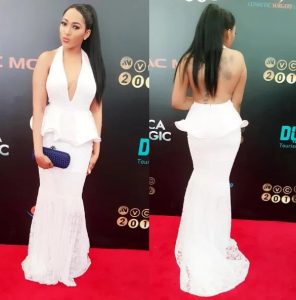 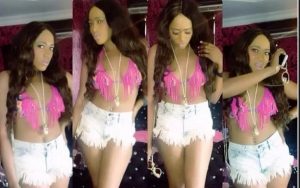 Prev post1 of 5Next
Use your ← → (arrow) keys to browse
Tags: celebritycountdownentertainmentFashion & Lifestylenollywoodphotosrukky sanda
Share12Tweet8Pin3SendShare