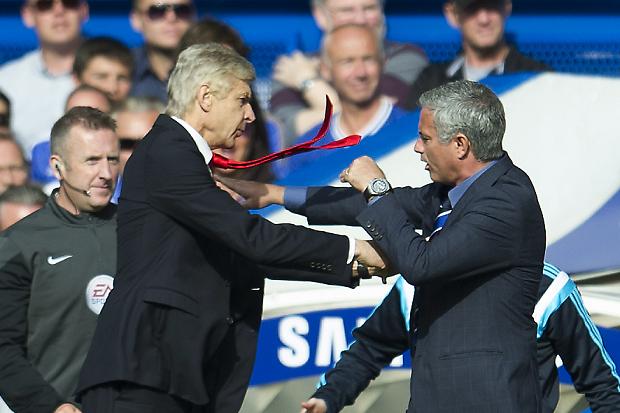 Arsene Wenger has faced 12 Chelsea managers in 58 clashes over the years: how has the Arsenal boss fared vs Jose Mourinho, Claudio Ranieri and Co? Arsene Wenger today signed another contract extension to stay as Arsenal manager for the next 2 years. Over the course of 1,177 matches, he has revolutionised the English game and provided more than his fair share of drama. Over the duration of his time at Highbury and the Emirates, Wenger has come up against Chelsea 54 times, be it in the Premier League, domestic cups or on the European stage.

I can no longer stay in a toxic relationship – DJ…

Since September 1996, Arsene Wenger has ruled the roost at Arsenal, not just building a squad and controlling a team, but shaping a club. In almost 19 years in charge of the Gunners, Wenger has won three Premier League titles, lifted seven FA Cups, led his team to their only ever European final and masterminded the move to the Emirates. When he does eventually decide to step down, Wenger’s legacy will not just be about his successes, but also his longevity. He was once labelled by Jose Mourinho as a ‘specialist in failure’, but how has Wenger really fared against the Blues over the years?

When Wenger was unveiled as the new Arsenal boss in September 1996, the general consensus was one of confusion. Down the road in west London, another new manager – a more household name – was beginning his time in charge of Chelsea. Wenger was too late to take charge of Arsenal vs Chelsea that season – a brilliant 3-3 draw at Highbury in which Dennis Wise scored a 90th minute equaliser – but he did take charge of the reverse fixture in April. Wenger led his side to a 3-0 away rout at the Bridge, and in fact held a perfect record over his rival. Gullit left Chelsea in 1998 having played four games against Arsenal… and he lost them all.