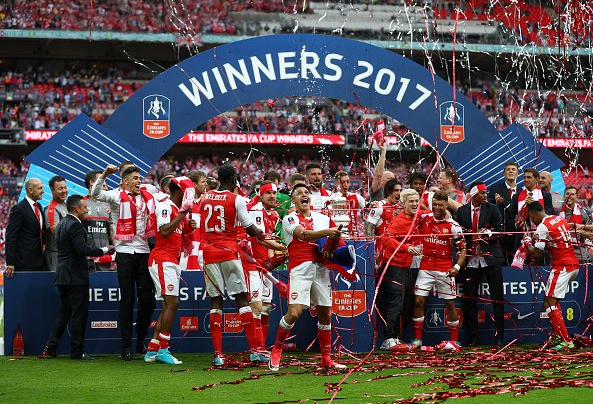 He saved the best for last, Arsene Wenger. Or, at least, his Arsenal team saved their very best performance of their season for their last game. And if it were to be Wenger’s finale after 21 years, if Tuesday’s board meeting were to result in something cataclysmic in football terms and wholly unexpected at this late stage, at least he will always have this on which to reflect in his dotage.

A mesmerising Arsenal side outplayed the Premier League champions; they should have won be a far greater margin, hitting the woodwork three times; they played like a Wenger side, but one from twelve years ago. They had panache, obduracy, commitment and zeal.

Forget for the moment that Chelsea failed to show. You could almost forgive them that after their enormous achievement of winning the league. This was Arsenal’s day and Wenger’s moment. All year he has endured the abuse; in recent months he has been pilloried and disrespected; and it has hurt his pride. And performances at Bayern, West Brom and Crystal Palace has stretched the patience of even loyal lieutenants.

Watch the Full highlight below.

D’banj poses with his son and 5 new things we found out about his wife, Didi Kilgrow (Pics)