“If you call me MA again, i will call you SIR” – Nigerian lady narrates how she met her Uber driver husband 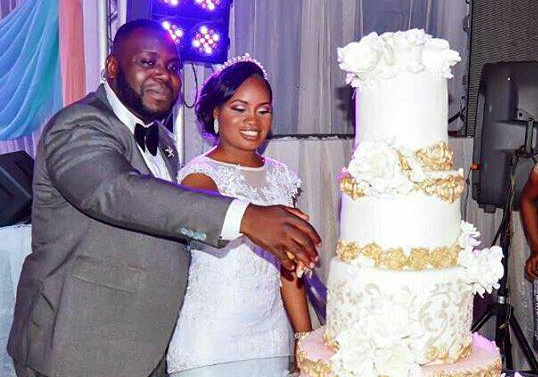 A Nigerian lady, known as Ebiemi has taken to social media to narrate how she met her husband, Gregory Shola Okorodudu who is an Uber driver. According to the lady, they met after a hectic day at a client’s office. Here’s her story;

“Marriage can only last if you’re married to Jesus…

You can’t destroy what you did not build –…

On the 19th of July, 2016 after a very hectic time at a Client’s office, I ordered for an Uber ride somewhere around Bourdilion Road, Ikoyi, Lagos. Then one ‘Gregory Shola Okorodudu @bigsholz ’ picked up my request and called to get exact description to where I was. I described it to him and asked to let me know when he arrives. On getting to me, he said ‘goodevening Maam’, he got out of the car, took my bag, asked where I wanted to sit and opened the door for me. He was like “hope you’re okay Ma?” then I just cut in, “if you call me Ma again I will call you Sir”….lol.

Shortly after, I got a call from my Bestest Nonso and we spoke for a while as there seemed to be a very long traffic that day. At the end of the conversation she told me Afam our friend got us Ribs of fire (barbeque pork ribs) with fries. I was so excited I was singing ‘Afam is the best’…my favorite meal from Aberdeen, Scotland, UK. Then I got off the call with a better countenance than I got in the car. Then Shola cut in saying, ‘sorry to eavesdrop into your conversation but did you say you found ribs of fire in Lagos?’ I said ‘yes’. He had this big grin on his face then said it was one of his favorite meal in Manchester, UK.

Then I looked at him like, “You’ve been to the UK?” he said YES! Did a Masters in Petroleum and Gas Engineering and graduated with Distinction. I was in shock and he said you don’t believe, here is my certificate. He’s got his documents scanned on phone. So I was like why are you driving Uber then? He said well job is not forth coming and Uber provided him an Entrepreneurship platform so he grabbed it. But that day in particular, his driver lost his dad and he said rather than the car just being at home doing nothing he decided to drive. I was thrilled and we got talking on and on about life in the UK and Lagos and his aspirations. Then we moved on to his present walk with God and how he’s desirous of a higher walk with God. On getting home, I said, oh! I was going to the church for Choir rehearsal then he offered to wait and take me there. I just knew I had met an ANGEL somehow.”