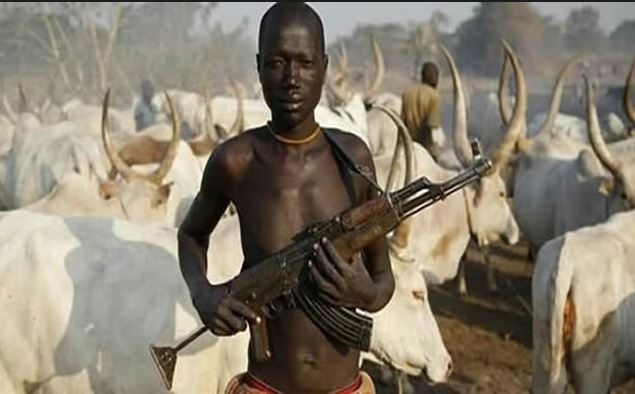 He was found guilty of stabbing one Happy David following an argument.

Usman, a Fulani, was facing a one-count of culpable homicide punishable with death under Section 221 of the Penal Code. The offence was said to have been committed on the 28th July 2015 at Emiworo village in Ajaokuta Local Government Area of Kogi State.

COVID-19 case in Kogi is real and authentic, I know a…

To prove its case against the accused, the prosecution called six witnesses and tendered six exhibits. The accused on the other hand gave evidence for himself and called only two witnesses.

While delivering his judgment, the Chief Judge of Kogi State, Justice Nasiru Ajanah, found him guilty of the offense punishable with death under section 221 of the penal code.

Usman, who was about 15 years old when he committed the offense on July 28, 2015, was said to have stabbed David to death while trying to graze on the deceased’s parents’ farm.

The prosecution had told the court that the deceased, a residence of Emiworo in Ajaokuta Local Government Area of Kogi State, told the accused not to graze his cattle on the farmland, saying chemical had been sprayed on the land and could harm cattle.

He added that as the deceased turned to leave, Usman, stabbed him in the back and ran away. The mother of the deceased, who was the second prosecution witness in the matter was said to have also told the court that he died as a result of the stabbing.

He said the doctor’s report presented before the court also corroborated the fact that “a penetrating object that caused the laceration had also pierced the diaphragm” of the deceased.

He said, “I am therefore convinced from the evidence of the PW2, the picture of the deceased (exhibit 1) and the medical report (exhibit 2) tendered by the prosecution which established the fact the accused was stabbed in his stomach area by the vicious and unprovoked act of the accused, that the said accused intended the natural consequence of his act.