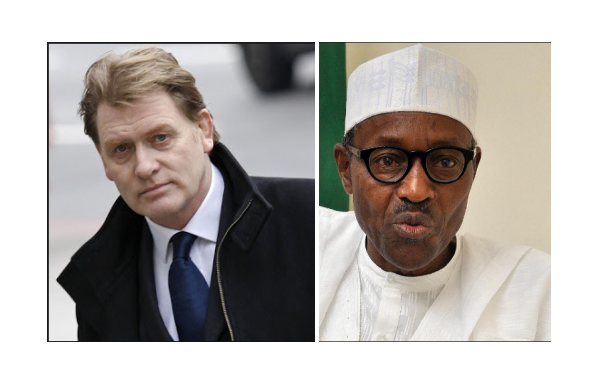 A British politician and former military officer, Eric Stuart Joyce has condoled with Nigeria over the reported death of their president, Muhammadu Buhari. Eric Joyce, who is also a former member of parliament for Falkirk West and Falkirk sent the condolence via his Twitter handle, @EricJoyce.
Eric Joyce wrote, “Very sad to learn, hear of the death of President Buhari, who I campaigned for. Thoughts with his wife @AishaBuhari and family.

He went on, “The President of one of the world’s largest and sensitive country died today [Friday] in London today. In our main news bulletins, not a word. In another tweet yesterday morning, the former parliamentarian added, “UK is curiously uninterested in whether Nigerian president, reportedly in London is dead or alive. “Nigeria is one of the most important countries of the world. Its by far the largest country in Africa; it’s the fastest growing economy there by a long chalk …. “I do stuff in Africa, the extractive industries and Scotland. Previous a UK politician and soldier. Some good moments and some not so good.” 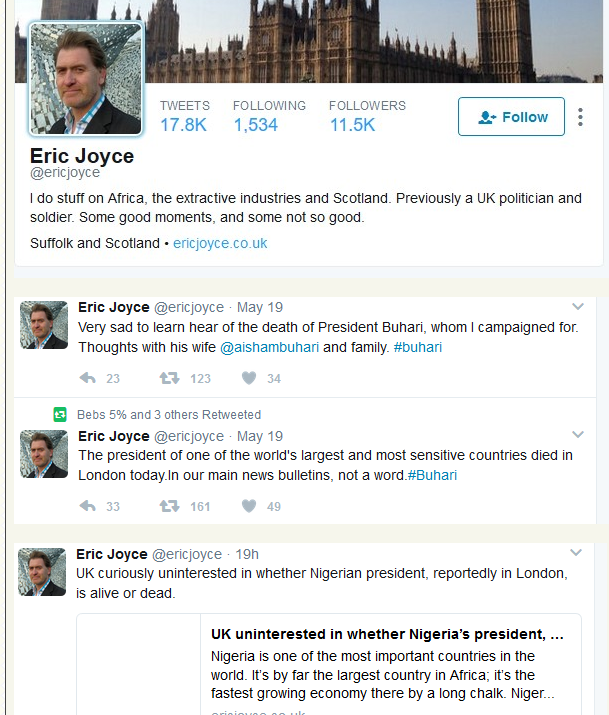 Until now, We have not heared any update from the Nigerian Government about the health of the President.

Panic as man runs towards Buhari to grab him, then this happened (video)

Obasanjo traveled out of the country more than Buhari – Oshiomole