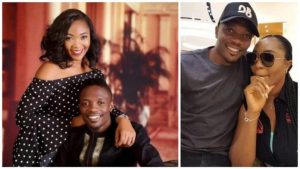 Super Eagles and Leicester City forward Ahmed Musa hurriedly married his new wife Juliet Ejue because she is pregnant with the couple’s child. The 24-year-old who recently divorced his wife Jamila, mother of his two children, married Ejue recently in Nigeria.

Reports say the love birds were dating for over two years before getting married at a registry.

We earlier reported that the former CSKA Moscow attacker was arrested on April 5 in UK over alleged domestic disputes in with his first wife Jamila in his house, but was later released.

A source was reported by Jamienaija.com to have said the the Leicester City man hurried his marriage to Juliet because of his unborn child.