Lady murders father-in-law then takes selfie with his body 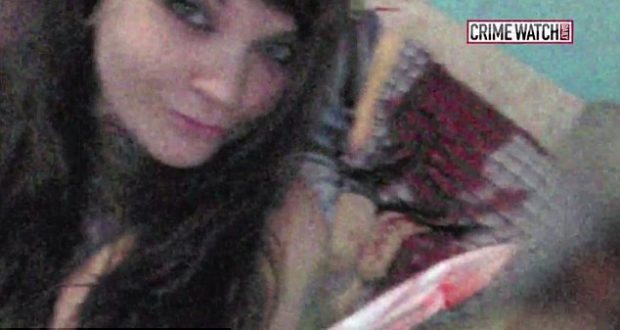 A murderess who took a selfie with the dead body of her father-in-law after she stabbed him to death has explained the sickening move, saying: ‘It was just something that made me really happy’.

Amanda Taylor murdered Charles Taylor in April 2015, by stabbing him repeatedly at his home in Ellett, Virginia.

She was sentenced to life in prison for the gruesome attack which she carried out after her husband Rex took his own life in August 2014.

Amanda, a 26-year-old mother-of-two, showed no remorse as she was jailed.

Two years on, she is still unrepentant, telling Crime Watch Daily via a phone interview from the prison: ‘I have absolutely no remorse for what I did to Charlie Taylor at all. I did exactly what I wanted to do.’

Amanda maintains that she killed her father-in-law in revenge for her husband’s suicide which she blames on him.

‘I just wanted him to feel the pain I felt. That’s the most alive I’ve felt since Rex died,’ she said.

On April 4, she attacked the 59-year-old in his home with a bayonet-style knife.

Describing the killing during the prison phone interview, she said: ‘I was very happy, I was very happy just to finally get all that built-up hate and anger and all those feelings out on him.

‘When I stabbed him I didn’t see anything and he just looked at me and he was like “what are you doing?” and as I was stabbing him, he had reached up and got my hair.

‘I continued to stab him but he kept yelling and it made me nervous so Sean took the crowbar, the tire iron or whatever, and hit him in the back of the head.’

‘Sean’ is Sean Ball, her accomplice who she later turned on while on the run from police.

After murdering Charles, Amanda posed for a disturbing selfie with his body and the knife she used to slaughter him.

‘I was just really excited and I was like hey I’m gonna take a picture so I can post it and show everyone. It was just something that I, it made me really happy,’ she continued.

Despite having an obsession with murder, she said she was surprised by the overwhelming sense of freedom she felt after carrying out the killing.

‘It was very different than what I had in mind. It’s not what you see in the movies.

‘All the nerves and the feeling of like freedom and that’s how I felt,’ she said.

Amanda also revealed that she tried to contact ISIS before her arrest but that she never received a response.

She nonetheless insists she did not want to join the terror group with which she had a ‘weird obsession’.

‘I wasn’t trying to join ISIS. I wasn’t going to go blow anything up in the name of, you know. I had this weird obsession with it for a minute and I tried to reach out but obviously nothing happened from it,’ she said.

Crime Watch Daily also obtained a copy of one of the first police interviews she gave after being arrested.

During the interview, she described how she’d aimed for her father-in-law’s chest while stabbing him and revealed that she barely got any blood on her own clothes because the knife was so long.

Rex Taylor hung himself in August 2014. He had been using drugs which his widow believes his father introduced him to as a teenager.

Ladies, 10 Ways To Keep Peaceful Relationships With Broke Guys – #3, #5 and #9 works like magic