Man prefers prison than to refund N6m he stole 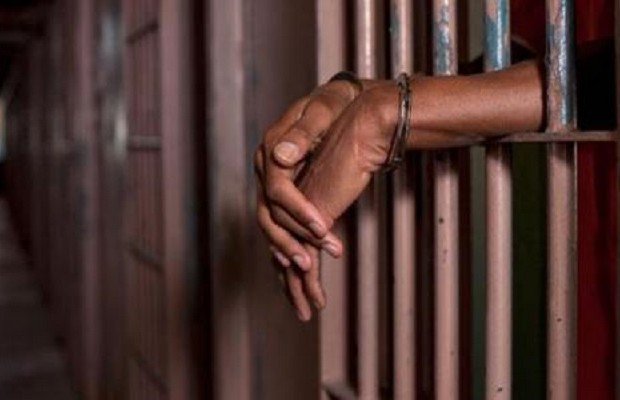 Man prefers prison: Litigants expressed surprises at the Magistrates’ court sitting in Ojo, Lagos after a 36-year old convict, Ajoma Isaac expressed excitement and heave a sigh of relief after he was sentenced to only 18 months for stealing N6 million instead of being ask to refund.

P.M.EXPRESS reports that the convict had earlier insisted that he would prefer to go to jail than to refund the N6 million he stole from his business partner, Emmanuel Etoo.

Thus, when he was found guilty after the prosecutor, Mr Uche Simon proved his case beyond reasonable doubt, he expressed his happiness over the judgment.

Isaac was arrested for stealing 32 liters of diesel worth the amount belong to Etoo at Maza-maza area along Badagry Expressway, Lagos, sold it and converted the money to his own use.

The crime was reported to the police who arrested Isaac and taken to the Station.

P.M.EXPRESS gathered that the police tried all their efforts to resolve the matter but Isaac , the suspect continued to frustrate the peace process and prefer to go to court.

He was eventually charged to court for the alleged offence.

He pleaded not guilty.

The presiding Magistrate, Mr A.A Adesanya granted him bail in the sum of N500,000 with two sureties in like sum.

The matter was adjourned for trial where the prosecutor presented the facts before the court for his conviction.

The court commended the prosecutor for diligent prosecution and found Isaac guilty as charged and sentenced accordingly.

P.M.EXPRESS gathered that since Isaac prefers to go to the prison, it has foreclosed the chances of the complainant getting back his money from Isaac.