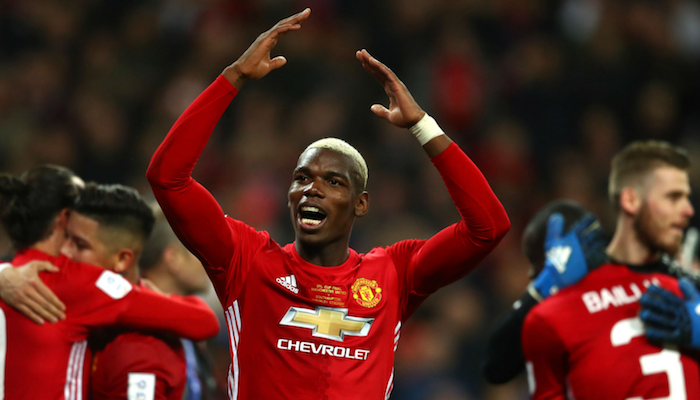 Manchester United beat Ajax to win the Europa League and reach next season’s Champions League, thanks to goals from Paul Pogba and Henrikh Mkhitaryan. Pogba scored with a deflected strike before Mkhitaryan’s close-range finish on an emotional night in Stockholm. There was recognition before the game of those killed in Monday’s attack in Manchester and United’s players wore black armbands in respect.

United are the fifth side to win all three major European club competitions.

Deprived of injured top scorer Zlatan Ibrahimovic, defenders Marcos Rojo and Luke Shaw and the suspended Eric Bailly, Jose Mourinho’s side had to dig deep in their 64th and final game of this season.

But their greater experience, coupled with an effective counter-attacking game plan, told against a youthful Ajax side who, with an average age of 22 years and 282 days, fielded the youngest starting XI in a major European final.

United now join champions Chelsea, Tottenham and Manchester City in next season’s Champions League, which will earn them about £50m in revenue.

This also represents their second trophy of Mourinho’s debut season as United boss following their victory in the EFL Cup in February.

25 signs your boyfriend really loves you even if he doesn’t say it out loud!