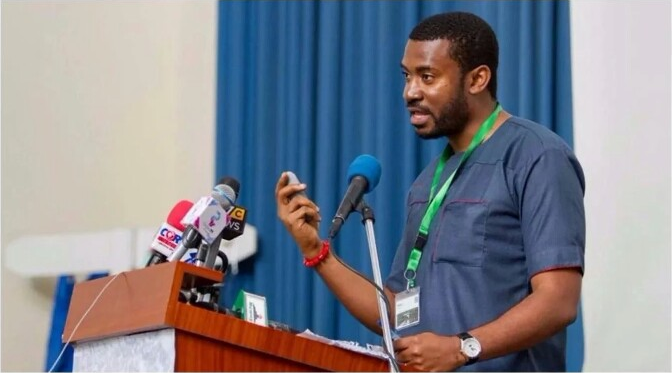 Nigerians have always responded well to technology and we are a part of the increasing progress of technology in the world, whether it has to do with being an employee at a major tech giant in the world or maybe just doing something innovative on social media. Some young Nigerians have gone so far that they are part of those people who make big decision at tech giants and they have become well known and respected all over the world.

Chukwuemeka Afigbo is a hardworking Nigerian man who works at Facebook as the Strategic Product Partnerships for Facebook in the Sub-Saharan Africa. You may think Afigbo got the opportunity to work at one of the biggest technology companies in the world because he was just lucky or maybe because he did not grow up in Nigeria. Before he became the Chukwuemeka Afigbo that we all know and admire, Afigbo’s education was like every other Nigerian, he went to Command Secondary School Abakaliki, Ebonyi state and Government Secondary School Owerri, Imo state. In 1997, he went ahead to study Electrical Engineering in the University of Nigeria, NSUKKA, Enugu state and graduated in 2002. He later went to Carleton University, Canada in 2006 for his Masters degree in Engineering and Technology Innovations. Not long after he finished his Masters in 2008, Google noticed his talents and gave him a job as the Program Manager of Developer Relations in 2011. At Google, Afigbo worked to develop the Sub Saharan African (SSA) technology ecosystem. While at Google, the genius developed a project called ‘Kesa’. Because internet is unreliable and expensive in SSA, the project helped to provide access to content developers around the region. Even with all his success in the industry all Afigbo thinks about is how to develop technology in Nigeria, during an interview with, Lawerence Moroney, Google Developer Advocate, Afigbo expressed that he got the name Kesa from an Igbo word which means distribute. The tech genius started working for Facebook in 2015 and since working there till now he has focused his work on helping developers in Africa and the Middle East to succeed. All Afigbo has ever done is to make Nigeria and the whole of Africa grow in technology, he also played a huge part in Mark Zuckerberg’s visit to Nigeria in 2016. Afigbo is not a genius who is all work and no play, he is also a family man, he got married to his wife, Chioma Afigbo, in April, 2013 and they have a beautiful son together Obichukwu Afigbo.

BBNaija Winner, Efe, Shows Off Dapper Side As He Covers This Day Style (Photos)

“The owners of DStv, StarTimes are cheating Nigerians”- FG says as it…

Reactions as Twitter rolls out Voice Note for iOS, no words on when feature will be…