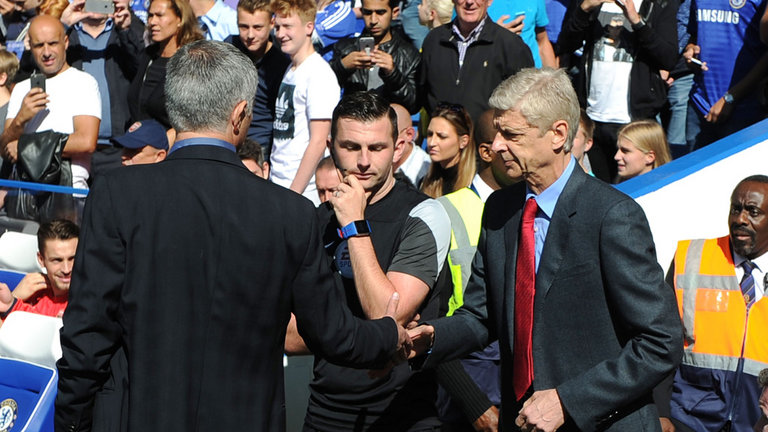 Mourinho was speaking ahead of Sunday’s Premier League trip to the Emirates.

The two managers have a history of bad blood and the Portuguese famously branded Wenger as “a specialist in failure”.

However, earlier this week, both Mourinho and Wenger have spoke about making peace. Now, the United boss is also hoping the Frenchman stays on.

“The truth is that I hope Wenger keeps his job at Arsenal, I really do,” claimed Mourinho.

“I hope that the club trusts him to make things better. I think that Arsene is probably the last example of a manager who brings stability to a club over such a long time.

“Sir Alex Ferguson was the same at United and he was able to leave when he knew it was time to leave. I hope that it is the same with Wenger.

“I feel sympathy for other managers because we live through the same pain. All of us.

“Football has changed. Now it is a game that makes it impossible for managers to stay in their position for a long time.

“Football now means if you don’t get success, then you are gone – so, yes, I feel bad for other managers.

“When you are at one club for 20 years, it is impossible to have success every single year. Even Sir Alex will tell you that.”

Gunmen assassinate rivers monarch while in a meeting with other chiefs