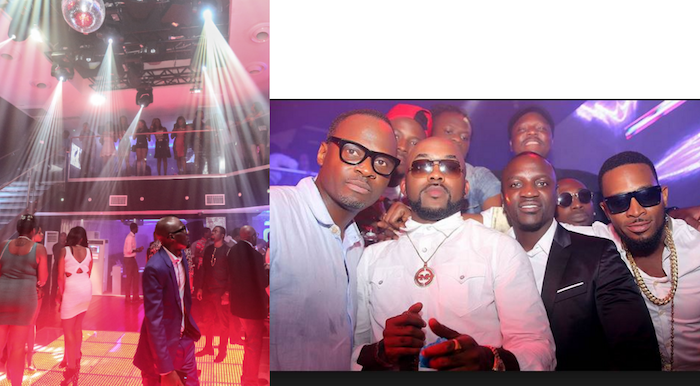 Places Nigerian celebs hangout: The bustling city of Lagos is populous with the highest concentration of movie, music, television, theatre, and sports celebrities of any city in Nigeria. From film and television shoots on the streets, to star-studded events at event centers and glitzy clubs a trip toLagos would not be complete without a little celebrity spotting. For travelers, celebrity spotting is a rarer occasion; in Lagos, it is just casually recognizing Genevieve Nnaji wearing sunglasses with her hair a little glamorous, browsing the aisles of The Palms, Victoria Island

Or Don jazzy nodding his head to some beat in his car while in traffic. However, if you want to catch a few more snippets of the real A-list lives, read on ad Jovago.com, and Africa’s No. 1 online hotel booking service shares insider tips on where to look for Nigeria’s hottest stars in Lagos.

A night club on Victoria Island, Quilox seems to be doing the rounds in Lagos at the moment, with more and more big names being reported there every week. Recently, even the governor of the state was rumored to have visited the club with his crew. Also the likes of Davido, Wizkid, and Cynthia Morgan have said to have come for a night out at the club. The chic decoration and assortment of drinks (cocktails and spirit) makes it easy to see why it is proving to be such a big name haunt in the city.

Here is the full list of all 371 tribes in Nigeria and States where they originate from!!